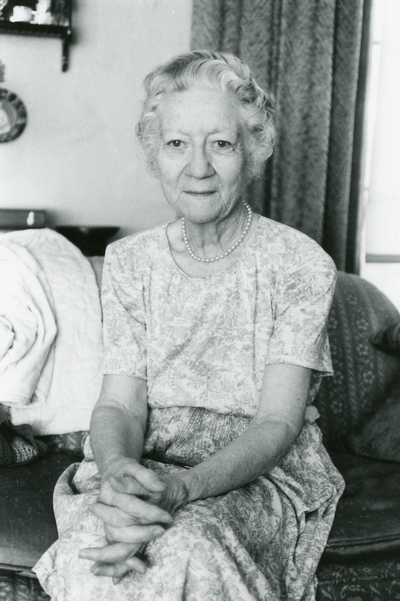 Gladys Louise Whipple was born in Portland, Oregon, the daughter of a locomotive engineer and a homemaker. In her childhood, Gladys discovered that she enjoyed drawing and, with encouragement from her mother, took painting classes. She enrolled at Whitworth College in Spokane, Washington with the intention of pursuing art, but ultimately switched to home economics.

Once Oregon Agricultural College became accredited, Gladys left Spokane in favor of Corvallis. After completing her degree in 1916, Whipple took a position at Lincoln College in Illinois as the head of the Home Economics Department. She later returned to Corvallis, teaching Household Arts at her alma mater for a brief period.

In 1926, Gladys married OAC Publications editor Delmer Goode, and together the couple raised one son. Over the years, Gladys became very involved in community affairs, volunteering for the Town Club, the Corvallis Women's Club, and the First Congregational Church. She likewise served a term as president of the OSU Folk Club, and was a member of the OSU President's Club. Today, a scholarship in her name is granted annually to an OSU student focusing on the textile arts.