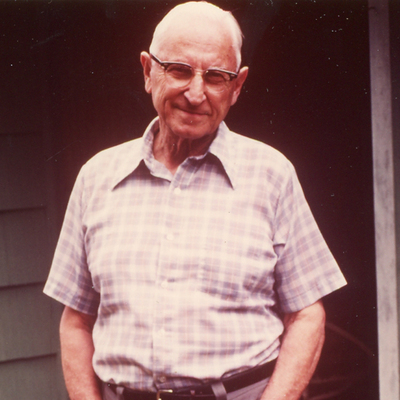 Robert Ray Reichart was born in New York City in 1896 and attended Townsend Harris High School. In 1911, before he could complete his schooling in New York, Robert's family relocated to Corvallis, where Reichart continued his schooling at Corvallis High School, but never actually finished. Despite this, Reichart enrolled at Oregon Agricultural College a graduated with a degree in commerce in 1917.

Following the completion of his OAC studies, Reichart joined the Army and served as a warrant officer at the Hoboken port of embarkation. He also worked as an editor for both Harper's and Century magazines as well as a manuscript reader for Alfred Knopf publishers. In 1923, Reichart returned to Corvallis, when he accepted a position teaching accounting at his alma mater. Later on, he switched to the Oregon State English department, which remained his academic home for thirteen years. Subsequent appointments at Oregon State included faculty positions in the School of Education and the College Counseling Bureau, which he helped set up and later would direct.

Perhaps Reichart's greatest contribution to OSU was his creation of the first self-learning center in the School of Forestry. This center initially emerged as an experiment in the use of innovative technologies as they might be applied to higher education. Reichart directed the center until 1974, when he joined Oregon Health Sciences University. At OHSU, he worked part time as director of medical education, remaining in this position until his retirement in 1986 at the age of 90.