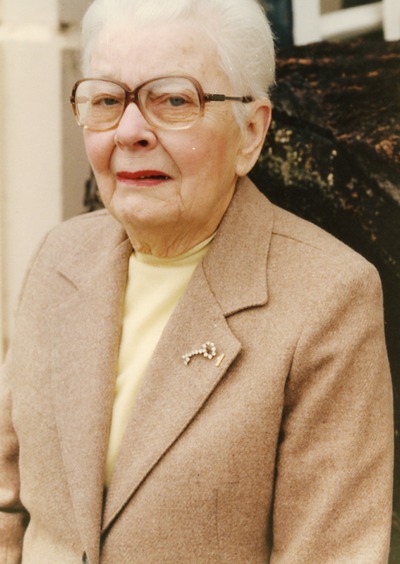 Eva Blackwell was born in Roseburg, Oregon on a dairy farm. Growing up, Eva's family migrated from farm to farm throughout Douglas County before settling in the community of Riddle. By the time that she graduated from high school in 1918, Blackwell had obtained employment with a Gardiner-area dairy association, testing milk for butter fat content. Her qualifications for the job included a two-week course that she had taken from Oregon Agricultural College.

Two years later, Blackwell would enroll full-time at OAC, where she excelled as a student majoring in Commerce. Blackwell was also quite involved in sports, namely baseball, basketball, and volleyball. Upon graduating in 1924, she took a position as a stenographer in the College Registrar's office, where she remained until her retirement, as assistant registrar, in 1965. Apart from the Registrar's office, Blackwell was also involved on campus as a member of the Student Loan Committee and the Archives Committee. She also served a term as state treasurer for the Oregon Federation of Business and Professional Women's Club.

Throughout her life, Blackwell was an avid lover of the outdoors, and was especially fond of fishing, hunting, hiking, and gardening. She was also an active member of the First Presbyterian Church in Corvallis.