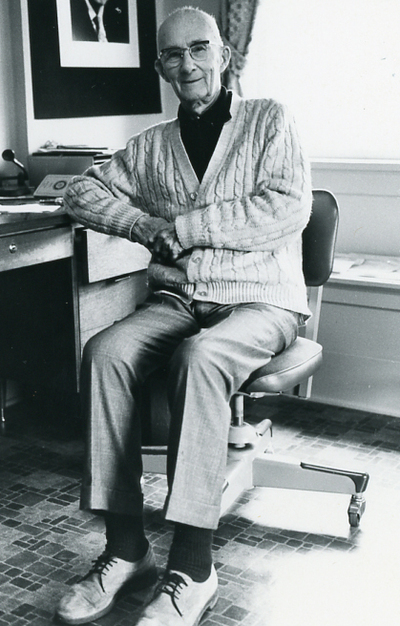 Erwin Bertan Lemon began life on a ranch near Grass Valley, Oregon, where the two main sources of income were wheat and livestock. Though surrounded on all sides by agriculture, Lemon had ambitions to become a pharmacist. However, after working at one of the local pharmacies in Grass Valley, he was convinced that business administration would suit him best. After graduating from high school, Lemon enrolled at Oregon Agricultural College. Thus began a lifelong association with what would eventually become Oregon State University.

As a student at OAC, Lemon was actively involved in ROTC and The Barometer newspaper, serving as editor his senior year. Following his graduation in 1911, the Dean of the School of Commerce, John Bexell, offered him a job as a teaching assistant. Lemon was keen to remain in Corvallis and promptly accepted the position. Eventually he moved up the ranks and became a professor within the School of Commerce. In 1922, he was also named Registrar for OAC while remaining active in his role as a professor. In 1943 he became Oregon State's first ever Dean of Administration, and he continued working in this capacity until his retirement in 1959.