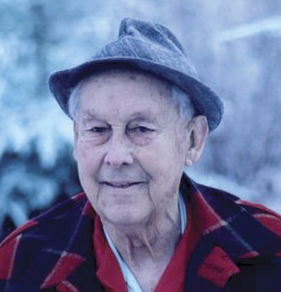 Thurman James Starker, known to a great many as T.J., was born in Grenola, Kansas and raised in Burlington, Iowa. His father Otto was a construction contractor who relocated his family to Portland, Oregon in 1907. As a teenager, T.J. worked for his father on construction crews and built several houses. In 1908, he graduated from Portland High School and took a job with the United States Forest Service in the state of Washington. Later that year, he enrolled at Oregon Agricultural College and, when he graduated in 1910, he did so as a member of the first Forestry class in school history.

From 1909 to 1917, Starker he worked for the US Forest Service, this time based in Oregon. During this period, he also pursued his master's degree in Forestry from the University of Michigan, finishing in 1912. In 1917 he left the Forest Service for the Western Pine Association, where he served as travelling secretary and box department manager. Five years later, he returned to OAC as a professor of forestry.

During his tenure as a faculty member, Starker began to buy forestland that had been rendered delinquent, doing so out of the realization that clear-cut areas could gradually be restored. By 1942, Starker found that he could no longer teach and manage the ever-growing Starker Forest at the same time, and he chose to leave what was then called Oregon State College.

By the time of T.J. Starker's passing in 1983, the enterprise that bore his name had acquired some 52,000 acres of forestland in various locations around the Pacific Northwest. Today, Starker Forests manages more than 87,000 acres and provides full-time employment to twenty people.