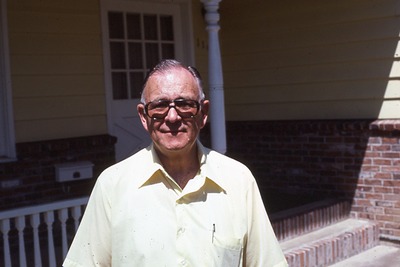 Gregory Burton Wood was born in Medford, Oregon to James and Jessie Wood. Wood lost his father at the very early age of six and, once his mother remarried in the 1920s, his family relocated to Corvallis. He finished his high school education in Portland, because his stepfather found improved opportunities for employment in the metropolitan area.

Wood's first association with Oregon Agricultural College came by way of his employment as a janitor, where he earned thirty cents an hour. Later, Wood took advantage of a unique opportunity to serve as chauffeur to the president of OAC, William Jasper Kerr. Though for a time he studied as an undergraduate at OAC, Wood completed his bachelor's degree in Business Administration at the University of Oregon. He followed that up with a master's degree from Oregon State College in Agricultural Economics (1940) and a PhD in Philosophy from the University of Wisconsin.