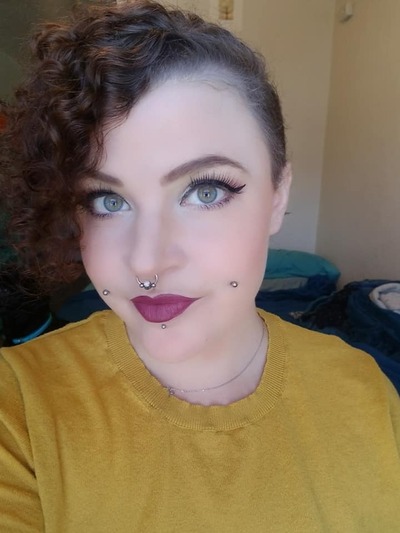 Kat Wondergloom was born in Modesto, California, and grew up in Antioch, California. Coming from an artistic family, Kat acted in children’s theater in middle school, and in high school became interested in the technical side of theatre. In 2010, Kat attended Southern Oregon University in Ashland where she earned a Bachelor of Science degree in Studio Art and minored in Philosophy.

In 2011, Kat heard about Burlesque while in her senior year of college. She pursued it, delving into podcasts, YouTube videos and websites, and attending the BurlyCon educational conference.  While still living in Southern Oregon, she auditioned for and joined a local Burlesque troupe. It was in this context that she learned about makeup, costuming and marketing. Kat produced her first show called Rockin’ Pin Up Revue at Johnny B’s in Medford.

Currently, Kat works as a nanny and also sells clothing and does costume work. She also travels across Oregon, from Ashland to Eugene to Astoria, performing in Burlesque shows and producing different editions of the kink-based Love, Lust and Leather.