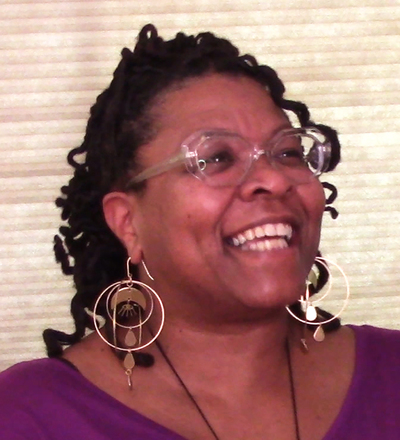 Honeydew La Roux was born in Plainville, Connecticut, and holds a degree in criminal justice from Northeastern University in Boston. She worked for some years in the criminal justice field, doing paralegal work for attorneys. Noticing that she was always working around, or with, other people’s pain, she began to explore other avenues of working with that. She moved to the San Francisco Bay Area where she attended the Acupressure Institute in Berkeley, California, and also became licensed in massage therapy. Upon moving to Portland, Oregon, she started her private practice in massage therapy. She and her husband have lived in Portland for 14 years.

La Roux's entire family were musicians and she grew up around performers. She herself performed as a singer in high school and college, and sang with her family. While living in the San Francisco Bay Area, she was part of an arts collective called Her Story. They produced arts events with spoken word artists, painters and sculptors, and musicians. She also produced spoken word events at art galleries in Oakland, California.

After moving to Portland, La Roux took a Burlesque class with a friend and discovered a new art form with which to tell a story. She liked that it could include singing, dancing, and creating a costume, all in service to the story she wanted to tell. That class, in August 2010, was taught by Portland Burlesque performer and producer, Zora Von Pavonine. Honeydew then signed up for classes at the Rose City School of Burlesque. Today she performs primarily in the Portland area, but traveled in 2019 to Seattle as a performer in the all People of Color Festival, What The Funk!?!