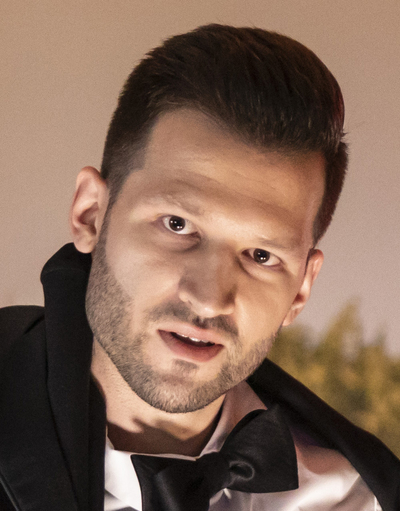 Leo Prowl grew up singing in church and performed in high school and college in musical theatre shows. He attended Shakespeare intensives taught by actors from the Oregon Shakespeare Festival, which reaffirmed his ethic of working hard at performance and honing his skills and craft. He earned his undergraduate degree and graduate degree in Near Eastern Languages. He works in senior living communities in assisted living, memory care and independent living.

He started performing Burlesque in 2018 with Bend Burlesque. This led him to produce and direct some theatre performances and help with digital marketing and promotion. Prowl has performed across Oregon and Washington.