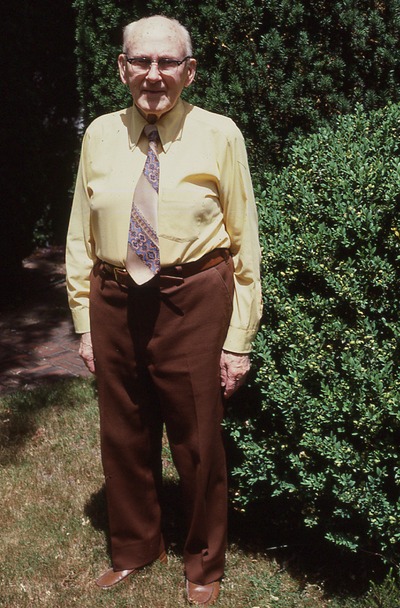 A longtime resident of Corvallis, Delmer Goode originally hailed from Rose Creek, Minnesota, where he grew up on a farm. Later on, he graduated from Moorhead Normal School and also earned a Bachelor of Arts from the University of Minnesota. Goode would go on to pursue a graduate degree, completing coursework at several different institutions including Stanford University, the University of Oregon, and Oregon Agricultural College. While he did ultimately earn his Masters in Higher Education from what is now Oregon State University, his professional career began in North Dakota as a rural schoolteacher.  He also served as a school superintendent for a number of school districts. In 1926, he wed Gladys L. Whipple, and together they raised a son, Kirby.

Goode's tenure at Oregon Agricultural College began in 1919, when he was hired into the position of assistant editor in the Publications department. In 1935 he was promoted to editor. He completed his OSC master's degree in 1938 and, in 1944, he was named the first director of the Publications department. He held this position until 1955, during which time he founded an academic journal, Improving College and University Teaching. Goode contributed a number of editorials and essays to the journal during this period, while also editing outside contributions to the publication.

In addition to his responsibilities in Publications, Goode served as the first Secretary of the OSC Faculty Senate and oversaw a variety of graduate programs that intersected with college and university education. Once he officially left the Publications department, Goode continued to work with graduate students interested in college and university education. He officially retired from OSU in 1978 at the age of 89.

Outside of his work at OSU, Goode was an active member of the Corvallis community, perhaps most prominently as the first Scoutmaster for Corvallis Boy Scout Troop 1. Goode and his wife were also active and prominent members of the Corvallis Congregational Church.