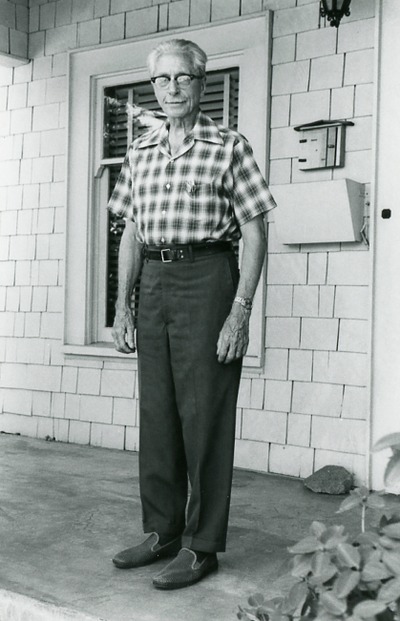 John Garman standing outside of his Corvallis home, 1979

John Clifton Garman was born in 1896 in Urbana, Illinois. His father was an architect who had studied at the University of Illinois. Following John's birth, the Garmans did not remain in Illinois for long, choosing instead to move to Portland, Oregon, where Garman's mother had been born and raised.

In 1916, Garman graduated from Benson Polytechnic High School and subsequently enrolled at Oregon Agricultural College. After completing his freshman year, Garman enlisted in the Army and served in World War I as an instructor. Once returned stateside, Garman resumed his studies in Electrical Engineering. In 1922, he received a Bachelor of Science degree in Electrical Engineering and, the following year, he became an associate professor in the OAC Physics department. In 1924, he also began teaching photography for the Physics department while providing an additional service to the college a campus photographer. After forty-four years at Oregon State, Garman retired in 1966.