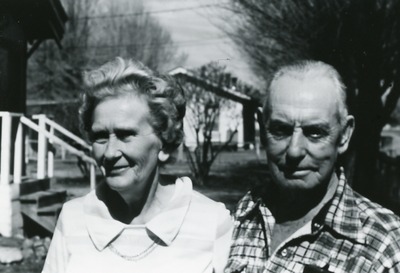 Georgia Helena Crow (née Creswell) was born in Seymour, Connecticut, moving later to Corvallis, where her father took a job as well as coursework in orcharding at Oregon Agricultural College. The family remained in the area for a year before relocating to Hood River, where Georgia finished high school.

Following her graduation, Georgia attended Monmouth Teachers College, where she studied from 1934 to 1936. Upon the completion of her collegiate studies, she moved to Harney County, where she taught at the Voltage School. It was in Harney County where she also met her future husband, John Crow, a cattle rancher.

Throughout her adult life, Crow was well-known to lend a hand during the Harney County Fair. She also volunteered at the local Senior Center and sewed dolls for every child born at the area hospital. After thirty years of ranch life, she and her husband sold the property and moved to Burns, where they enjoyed their retirement years.