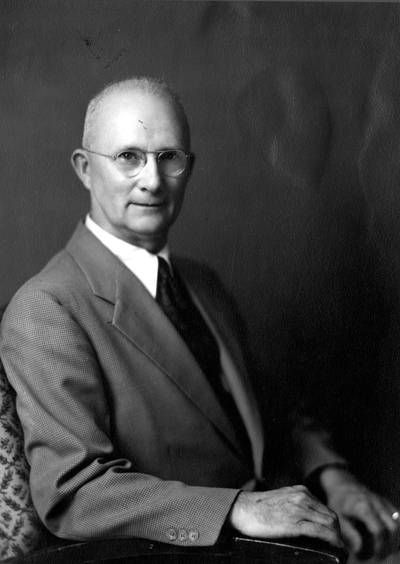 This website is a product of the Oral History Program at the Special Collections and Archives Research Center, Oregon State University Libraries. It was created by Chris Petersen, Ryan Wick, Michelle McKay, Sylvia Podwika, Ethan Heusser, Clara Smith and Ian Woosley. It is dedicated to Jennifer A. Lee, the Horner Museum's talented and committed oral historian who built a wonderful collection amidst, and despite, near-constant budgetary uncertainty.

Voices of Oregon Agricultural College marries past and present by using contemporary technologies to provide access to oral history materials captured and created through analog methods. All of the interview audio presented on this website was originally recorded to audiocassette, and the keyword-searchable transcripts accompanying the audio recordings were first created by dedicated Horner Museum staff and volunteers laboring with typewriters. The audio tapes were migrated to .wav digital masters using Goldwave Audio Editor and batch converted to .mp3 using Audacity Audio Editor. Likewise, the original typewritten transcripts were coverted to word processing files using ABBYY optical character recognition software.

The website also uses the Oral History Metadata Synchronizer, the Omeka web publishing platform, and the OHMSObject plug-in to present the digitized audio files in tandem with the digitized interview transcripts. The website is built upon the Seasons Omeka theme, which has been lightly modified through custom .css and .php scripting. These pieces of custom code have been released and are freely available for download through the OSU Libraries and Press GitHub instance.

Consisting of 418 audiocassettes and six cubic feet of transcripts and project files, the Horner Museum Oral History Collection (OH 10) is the largest analog oral history collection held by the Special Collections and Archives Research Center. The collection was created by the museum's staff from 1975 to 1992 and includes interviews addressing a variety of topics. Jennifer A. Lee was the Horner Museum's principal oral historian, sometimes working in collaboration with her husband, Forestry professor Royal G. Jackson.

The collection's primary thematic strengths include the stories of Oregon State University faculty, students, and academic departments; the history of Corvallis and Benton County, Oregon; evolving economic and cultural perspectives on natural resources in rural Oregon; the life experiences of Native Americans and other ethnic minorities in the region; and the recollections of Americans born in the first few decades of the twentieth century.

Established by Oregon Agricultural College and Professor John Horner in 1925, the Museum of the Oregon Country was a place where people could "see the world" without leaving Corvallis, Oregon. It was renamed the John B. Horner Museum of the Oregon Country in 1936, three years after he died, and became commonly known as the Horner Museum. The museum housed an eclectic mix of artifacts, photographs, and archival materials.

The museum was located in various buildings on the Oregon State University campus, until it moved to its final campus location in Gill Coliseum in 1951. In 1995, the 60,000-artifact museum officially closed to the public due to statewide budget cutbacks resulting from the passage of Oregon Ballot Measure 5 (1990). Not long after, certain of the museum's records, including its vast oral history collection, were transferred to the Oregon State University Archives. Ten years later, in 2005, a final agreement for transfer of physical custody of the remainder of the museum's collections was signed between Oregon State University and the Benton County Historical Society. The society subsequently transferred the Horner Collection materials to their facility in Philomath, Oregon.