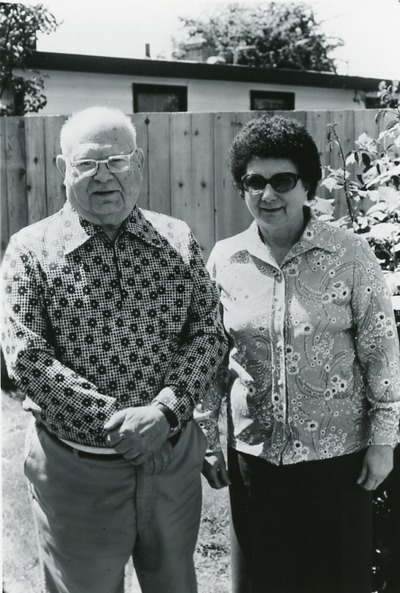 Herschel Davis with his wife in Eugene, Oregon, May 1979

Herschel Davis was born in DeMoss Springs, Oregon, where he immediately entered into a legacy of traveling musicians, The DeMoss Family Bards of Oregon. He first joined the family troupe on stage at the age of three.

In 1921, Davis graduated from the Philomath College of Music, having also taken coursework at Oregon Agricultural College. He then moved to Eugene, where he would spend the remainder of his life. Though he never personally attained the same level of fame as his family troupe, Davis built a regional reputation as an outstanding piano teacher.

Following his retirement from teaching, Davis became the official organist for Eugene's fraternal lodges, which included the Scottish Rite, the Masons, and the Elks. At one point, Davis was also the state organist for the Eugene Moose Lodge No. 686. Outside of the musical world, Davis contributed to the Eugene community through his membership in numerous civic organizations and church groups.