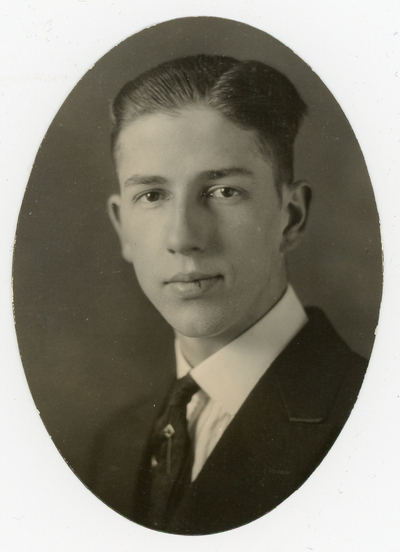 Elvin Hoy was born in Falls City, Nebraska. At the age of one, he and his family moved to Portland, Oregon when his father chose to exit the Lutheran ministry in favor of taking up outdoor work. As soon as he was old enough, Elvin aided his family as best he could. At times that meant mixing cement with his brother in support of their father's construction business. Tragedy struck the family when the elder Hoy died from internal injuries sustained from a job site accident. As a result, though still in high school, Elvin was compelled to work in order to help maintain the household.

After graduating from Washington High School in 1920, Hoy received a scholarship to further his education at Oregon Agricultural College, where he studied mechanical engineering. A member of the Theta Delta Nu fraternity, Hoy also worked for the school newspaper, The Barometer, and participated on the debate team.

Following his graduation in 1925, Hoy accepted a teaching position at the University of Hawaii, instructing students in applied math and engineering design. He ultimately settled, with his wife Ruth, in Arlington, Virginia.