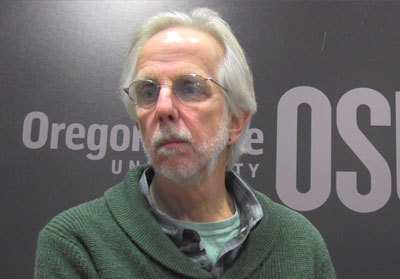 William Jaeger was born in 1954 in Seattle, Washington and grew up in the northwest metropolis. As a child, he spent time hiking and fishing in the Cascades. Jaeger was the first in his family to attend college at Washington State University. While he initially anticipated studying engineering, an international study abroad program inspired him to switch to economics. Following his bachelor’s degree, Jaeger went to Burkina Faso as a Peace Corps volunteer and managed an agricultural cooperative. When he returned to the United States, he worked at Boeing while applying to graduate programs. Jaeger was accepted into the Food Research Institute economics program at Stanford University and his PhD research was on agricultural mechanization in Africa.

Upon completing his PhD in 1985, Jaeger went to work for the World Bank to research economic development in Africa. After working at the institution for four years, he decided to return to academia for a change in career and lifestyle options. A two year visiting appointment at Williams College as an economics professor turned into a tenure track position. Teaching a class on environmental economics at Williams ended up shifting Jaeger’s research interests away from African agricultural development. It also coincided with climate change entering the broader economics dialogue and became a topic of interest to Jaeger.

In 2001, Jaeger took the opportunity to return to the west coast as a professor in the Agricultural and Resource Economics department (now Applied Economics) at Oregon State University. Transitioning to a large research university opened up opportunities to collaborate with a variety of researchers, as well as opportunities to incorporate economic analysis relevant to state-level policy. At OSU, he has analyzed economic aspects of the biofuel industry, water and land use, and environmental taxation policies. In 2007, Jaeger took his family to Italy on a Fulbright Scholarship with the University of Venice.