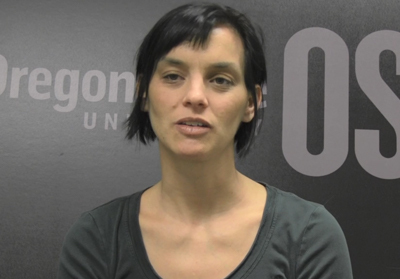 Hilary Boudet was born in New Jersey in 1979, and grew up in Oak Ridge, Tennessee. Her mother is a social worker and her father has worked as a science and technology writer for a variety of industries. As a child, Boudet observed the cultural, economic, and environmental influence of the Oak Ridge National Laboratory on the local community. Education was highly valued in her community, and following high school she went to Rice University for her undergraduate studies. She chose an interdisciplinary path, studying environmental engineering and political science. After graduating, Boudet went to work for ExxonMobil as a project engineer, where she spent most of her time on the socioeconomic component of an oil and gas development project on Sakhalin Island.

After three years, she decided to return to academia to pursue graduate studies in environmental sociology. She completed a PhD in Stanford University’s Emmett Interdisciplinary Program in Environment and Resources, researching community response to energy facility citing. After completing her PhD, Boudet worked at Stanford as a post-doctoral researcher on a Department of Energy project. She worked with Girl Scout Troops to assess the impact of children on their family’s behavior around energy use. Boudet also started collaborating with George Mason University's Center for Climate Change Communication as she investigated into the public’s perception of hydraulic fracking.

In 2012, Boudet accepted a position with Oregon State University as an assistant professor in the School of Public Policy. She teaches graduate coursework, including an applied research course that partners students with Corvallis community groups. She continues to research to community response and the decision making process of energy siting projects, including non-renewable and renewable energy sources. She also researches community response to extreme weather events, and public perception of climate change.