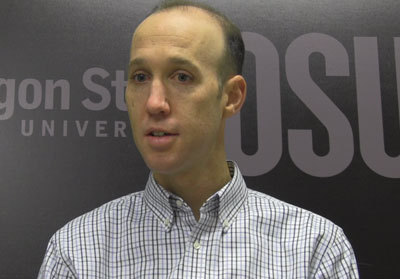 Jeff Bethel was born in San Diego, California in 1974, and grew up in the nearby seaside town of Carlsbad. His parents had long careers as middle school and high school educators. From a young age, Bethel was interested in pursuing medicine. After high school, he studied biochemistry at University of California, Davis and subsequently worked for a biotech company in San Diego. Aware that his job did not fulfill his long-term professional interests and inspired by a conversation with a friend, Bethel returned to UC Davis as a graduate student in epidemiology. His PhD research on Latina agricultural workers and birth rates caused him to reflect on the relevance of climate change to outdoor workers, a theme that would surface later in his career.

Upon completing his PhD in 2005, Bethel was awarded a Centers for Disease Control/CSTE Applied Epidemiology Fellowship and returned to San Diego to monitor disease transmission at the US-Mexico land border. At the end of his fellowship, he became a full time CDC employee and had the opportunity to work on a variety of projects throughout the U.S. While he enjoyed his work at the CDC, Bethel wanted to pursue research further and returned to academia as an assistant professor at East Carolina University. He continued to research agricultural workers with respect to heat stress and considering potential climate change impacts, and also branched into the climate change-related topic of disaster preparedness. While he enjoyed his position at ESU, Bethel took the opportunity to apply to an opening at Oregon State University and move his family back to the West Coast.