Institute of Far East inaugurated as an annual affair.

Gill Coliseum formally opened as the largest building in the state with no internal structural supports to hinder spectator views. Events were first held in the facility in Noember 1949.

President Strand appointed by President Harry Truman as one of a five-person commission to study economic conditions in the Philippines.

Pharmacy curriculum made five-year instead of four; one of the first in the country to establish this curriculum requirement.

The name of the institution officially recognized on April 15 by the Oregon Legislative Assembly as Oregon State College.

Azalea House (women's co-operative housing) opened in September. It was named for Azalea Sager, a former State Home Economics Leader with the Extension Service, who was "instrumental in promoting interest and obtaining the necessary funds for building and furnishing the house." 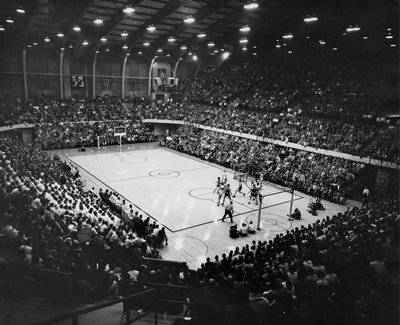 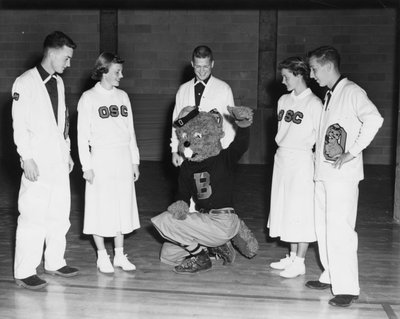 Benny Beaver and the Rally Squad, 1952 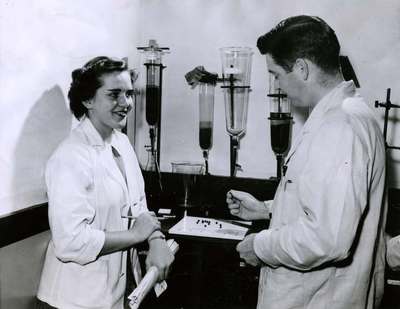 Students in a Pharmacy class, 1952 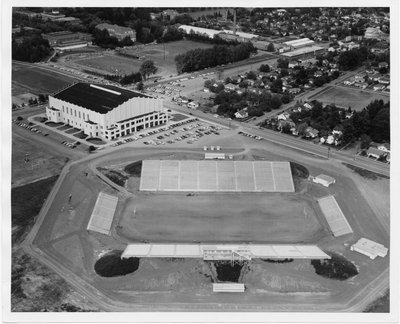 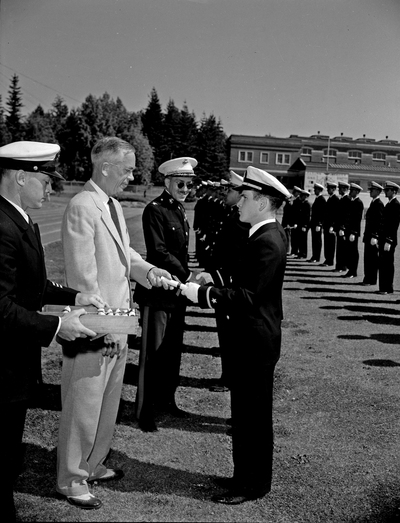