"If I May Offer an Idea:" Proposed Solutions

The American public responded energetically to the ideas put forth by the ECAS, inundating them with their own opinions and ideas for solutions to solve the world problem of the atomic bomb. Many correspondents zeroed in on the power of the scientists to control the expansion of atomic intelligence and to influence politics. Lucy Perkins Carner pointed out that if international scientists simply refused to build more bombs, the crisis would be resolved; Francis Hole responded similarly, writing in frustration, “Why don’t you scientists stop working on atomic bombs?!” A number of letter writers opined that the scientists must focus their efforts on influencing the politicians and government officials to really make any difference.

A majority of donors supported international or supra-national control of the bomb, and many advocated establishing a World Federation to help mankind avoid atomic war. Some correspondents, writing in tones of hope and diplomacy, insisted that the improvement of international relations was the only possible solution. H.G. Baker proposed a radical political move: “Our first step, as it seems to me, is to make friends with the Russians.” Adam Armstrong offered the idea of the ECAS facilitating a “Declaration of Dependence” to be written by the nations of the world, in order to promote peace and cooperation in the presence of the atomic bomb. 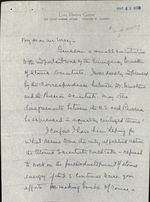 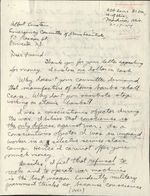 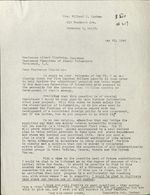 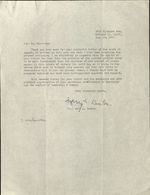 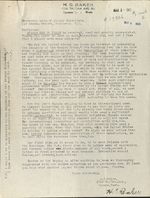 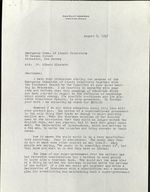 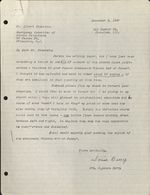 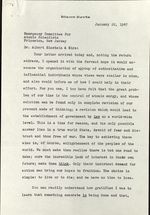 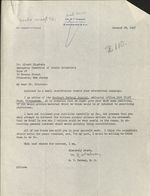 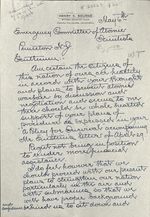 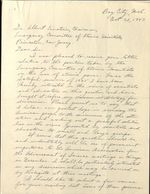 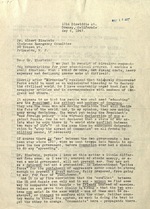 ← "To Move the Minds of the Masses": Letters of Advice
"How We Wish It Could Be More:" Small Contributions →
The Response
"If I May Offer an Idea:" Proposed Solutions