Despite the outpouring of support received by the Committee, despite their sponsored lectures and fundraising dinners, and despite the public esteem for their names--the Committee ultimately failed in its goals. Problems in organizational structure, deterioration of public relations and fundraising strategy, and internal power problems led to the Committee's final dissolution in 1951. Though their primary original purpose was education, over the last year of its existence the Committee evolved into a crusade championing world government. Just as this divisive issue caused discord among the American public, the ECAS suffered a rift of its own over the topic. Einstein believed that a world government with powers beyond those of the United Nations was the model with the most potential for success. But a number of scientists associated with the ECAS did not agree, and made their dissent known through resignation and public opposition to the concept.

Another factor leading to the Committee's demise was the Atomic Energy Commission's public campaign on the positive and peacetime uses of atomic energy, which was launched in 1947 as the ECAS was deepening its message of fear. Through sponsoring optimistic educational schemes such as "Atomic Energy Week" in the public schools, the AEC inspired hope for the American public and provided a more positive message to fixate on than the one of destruction, distress, and fear by the Emergency Committee of Atomic Scientists.

Though they did not reach their $1,000,000 goal, the Committee did raise over $500,000 for their cause. Though much of the money went to the costs of mailing for the fundraising campaign, the rest went to the National Committee on Atomic Information in service to the cause of education. The establishment and nurturing of the Bulletin of Atomic Scientists through its early years was perhaps the Committee's greatest ultimate achievement. 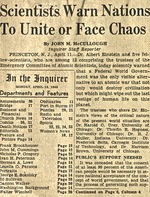 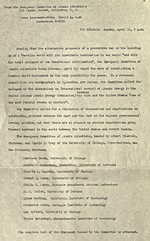 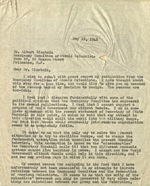 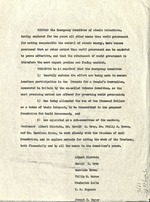 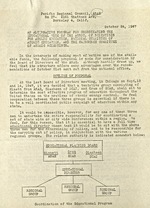 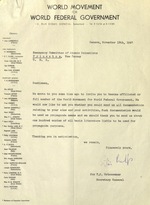 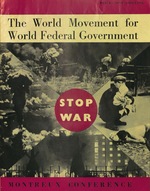 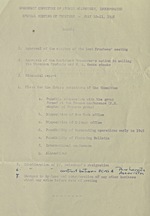 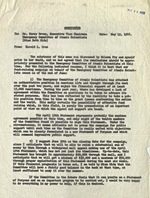 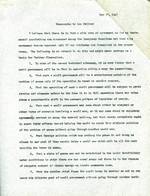 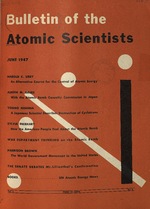 ← "We Will Do Whatever is Required": Offers to Help
Index of Letters →
The Results
The Results