There was an immediate response to Einstein's first appeal for funds, and an overwhelming demand from responders for more information about the Committee, its goals, and its plans. The Committee drafted their first publication, A Statement of the Emergency Committee of Atomic Scientists, which laid out the six basic facts they believed all Americans should know about the atomic bomb. Contributions poured in, and by August 1946, the Committee had raised over $80,000 to support the work of the National Committee on Atomic Information. The donor base quickly grew larger, and letters asking for funds were sent more regularly. As letters and checks arrived, the Committee secretaries Eileen Fry and Mary Ray responded, often tucking in a relevant reprint of a newspaper or magazine article along with their note of thanks. The ECAS began producing a series of publications and leaflets, such as Only Then Shall We Find Courage and Atomic War or Peace. Donors clamored for more of these, asking for 25 or 50 copies at a time to hand out to friends and neighbors.

Harold Oram mounted a large publicity campaign in addition to the fundraising letters. Einstein and other Committee members spoke publicly for ECAS at fundraising dinners, in public lectures, and in radio addresses. Early in their effort, the Committee supported the creation of a short documentary film from the March of Time Company called "Atomic Power," which was shown in theatres around the nation. The Comittee channeled funds to another film called "One World Or None," which described the destructive power of an atomic bomb in plain terms, and speculated on a bomb's potential effects on American cities. This short film shocked audiences, but also effectively raised the public's awareness of atomic realities.

The Committee also backed the cost of publication for The Bulletin of Atomic Scientists, a magazine written for the public that included editorials, news, and reports on policies and developments related to atomic weapons and atomic energy. 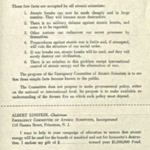 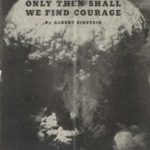 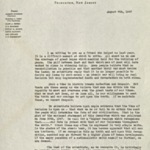 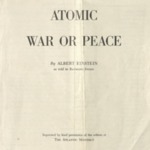 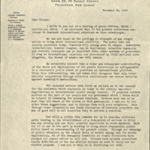 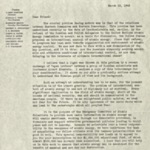 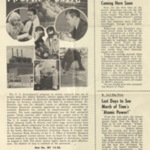 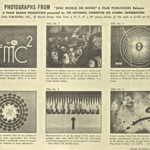 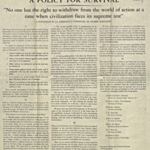 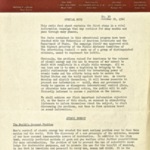 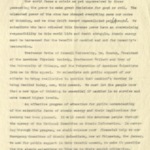 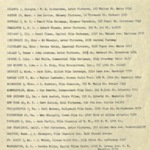 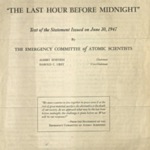 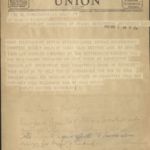 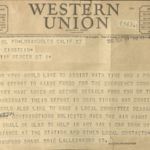 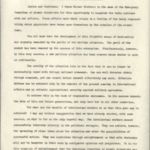 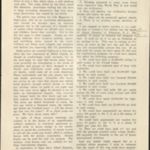 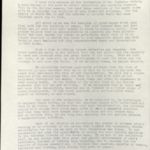 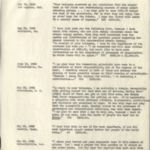 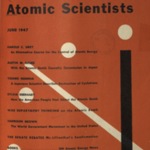 ← The Committee
The Response →
The Effort
The Effort