In March, OSU announced two programs to extend the university's educational resources. "OSU Statewide," a distance learning program, will enable students to earn certain degrees by taking OSU classes offered at community colleges and other sites around the state. The "Alumni College" will allow OSU graduates to re-enroll and take classes for a lifetime without having to reapply for admission. June 1997 OSU graduates became the first members of the Alumni College.

On May 17, the public exhibit area of the Hatfield Marine Science Center reopened after being closed for nearly two years for renovation. The area was enlarged from 10,000 to 15,000 square feet and new exhibits were developed.

Alumnus Bernie "Bing" Newcomb (‘65), founder of a highly successful Internet stock trading company, made a $6.5 million gift to the College of Business on August 27. The largest stock gift in university history, it created two endowments – one for student scholarships and the other to support faculty research, strengthen academic programs, and create new internships.

On September 22, the first three floors of the addition to the Valley Library were opened to the public. Renovations to the original building began soon after.

The new CH2M Hill Alumni Center was dedicated on September 26. The 45,000 square foot building was built as a conference and meeting center, and as the home of OSU Alumni Association events and its administrative offices.

Fall Term enrollment was 14,118, reversing a trend of decreased enrollment dating back to the 1991/92 academic year.

By its 50th anniversary in 1997, the OSU Foundation had received a total of $446 million dollars in support of the University. The market value of its endowment was more than $174 million.

In January the Oregon State System of Higher Education, of which OSU is a member, changed its name to the Oregon University System.

OSU's Symphonic Band performed several concerts in Taiwan during Spring Break as part of a cultural and trade delegation to that country. Included in the delegation were Kelvin Koong, associate dean of Agricultural Sciences; Jack Van de Water, dean of International Programs; and Lynn Lundquist (‘57), Speaker of the Oregon House of Representatives.

After the conclusion of the 1998 baseball season, construction began on the new Goss Stadium at Coleman Field. The $2 million required for the project was raised entirely through private donations.

Among the 3,300 students graduating from OSU at its June commencement were the first graduates to receive diplomas under the auspices of the OSU Statewide program.

A new $3.2 million, 21,000 square foot Seafood Research Center was opened in Astoria. Dedicated in July, the center included new quarters for the OSU Seafood Laboratory, replacing a facility built in 1968.

OSU signed a preliminary agreement with the Benton County Historical Society in August for the Society to manage the university's Horner Collection (formerly the Horner Museum) of more than 60,000 artifacts, photographs and documents. The agreement also called for transfer of ownership of the Horner Collection from the university once the Society completed a new museum storage facility.

OSU Engineering students had a higher pass rate on the Fundamentals of Engineering professional licensure exam than 99 percent of the engineering programs in the United States.

In October, OSU received $5 million in federal appropriations to expand its distance learning program, OSU Statewide, and to house the most sophisticated supercomputing network for oceanography in the world. Oregon legislators playing a role in passing the appropriation included U.S. Representative Darlene Hooley, a 1961 graduate of OSU.

The Food Innovation Center, a $9.4 million collaborative effort between OSU and the Oregon Department of Agriculture, was dedicated in Portland on May 13. The facility was designed to develop, promote, and export new agricultural products.

On May 27, Richardson Hall, a new $26.3 million, 97,000 square foot forestry research and teaching facility, was dedicated. It was named for the late Kaye Richardson of Falls City, Oregon, whose $23.7 million gift to OSU paid for much of the building.

In June, Al and Pat Reser, 1960 graduates of OSU and owners of Reser's Fine Foods, and their family donated $5 million to OSU's Department of Intercollegiate Athletics. In appreciation, the name of Parker Stadium was changed to Reser Stadium. During the summer, the stadium was upgraded with the installation of a new lighting system and artificial turf.

OSU was named one of America's 100 most wired colleges and universities according to a survey in the May issue of Yahoo! Internet Life.

Professor of Chemistry Walter Loveland was part of a research team which discovered two new elements, numbers 116 and 118.

In October, the Electrical & Computer Engineering Building was renamed Owen Hall, in memory of the late Dean of Engineering, John Owen.

OSU's football team compiled a 7-5 record, its first winning season since 1970. It participated in the O'ahu Bowl in Hawaii, its first post-season competition since the 1965 Rose Bowl.

In December, OSU announced the formation of a Board of Advisors, a 14-member board comprised of regional and national leaders in business, education, natural resources, government and journalism created to assist the university with strategic decision-making and budget review. 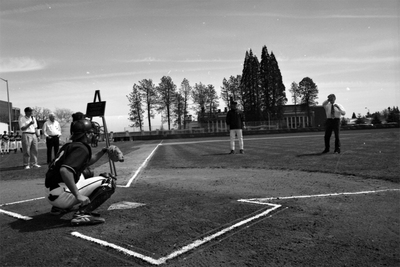 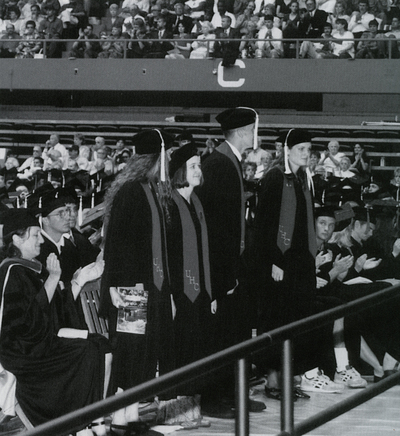