In April, OSU ranked as the only university in Oregon and one of two in the Pacific Northwest as a Research I higher education institution by the Carnegie Foundation.

In June, OSU mathematicians joined with colleagues in The Netherlands to set two world records for factoring very large numbers.

Three firefighters with OSU connections, all members of the elite Hot Shots, died while battling a blaze on Storm King Mountain in Colorado. John R. Kelso and Robert A. Johnson were 1991 OSU graduates, and Terri A. Hagen was a senior when she last attended OSU in 1993. Two other Oregon Staters survived the fire, 1994 graduate Brian J. Lee and student Tommie L. Rambo.

OSU campus ranked as safest among the Pac-10 Conference schools, according to a University of Southern California study in September.

Ballot Measure 8, which required Oregon's public employees to pay part of their salary toward their pension and reduced those pensions, approved by voters in November.

On December 10, senior Debra Walt was selected as one of 32 Americans, and the only Oregonian, to win a Rhodes Scholarship for 1995.

On May 30, President Byrne announced his retirement, to be effective December 31.

On November 2, the State Board of Higher Education chose Dr. Paul G. Risser to be OSU's 13th president.

On March 13, the All OSU Boycott drew 1,500 students and community members in a march through campus and 2,000 in the Memorial Union Quad to hear students of color speak about their experiences enduring racism.

On March 16 ground was broken for the new CH2M Hill Alumni Center.

On May 24 ground was broken for the $40 million expansion of the library. The library was renamed the Valley Library in honor of Wayne and Gladys Valley, whose family foundation had donated $10 million to the expansion project. Because of the importance of the Kerr name to OSU, the Administrative Services Building was renamed the Kerr Administration Building.

A new addition to the Industrial Building was begun in January and completed early in the summer. The addition, which replaced a portion of the building destroyed by fire in July 1992, was occupied by OSU's Printing and Mailing Services and Security Services/University Police. The building's name was changed to Cascade Hall.

The Hispanic Cultural Center was renamed the Centro Cultural Cesar Chavez on May 30.

The Linus Pauling Institute of Science and Medicine relocated from Palo Alto, California, to OSU. Noted for its research in aging, immunology, nutrition, genetics, and cancer, the institute was founded in 1973 by OAC alumnus and two-time Nobel Prize winner Linus Pauling ('22).

First Lady Hillary Rodham Clinton spoke at a campaign rally on the OSU campus on November 3.

OSU alumnus and CIA official Harold J. Nicholson was arrested for selling intelligence information to Russia. Nicholson graduated from Oregon State in 1973 with a B.S. in geography.

OSU was ranked number one in the nation for its athletes' graduation rate (95%). 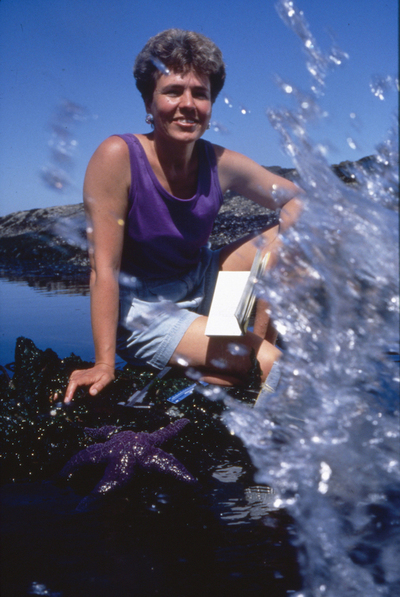 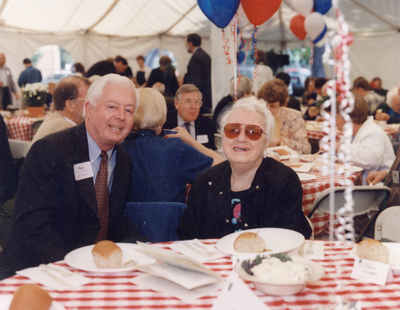 Paul Risser and Gladys Valley at the groundbreaking ceremony for the Valley Library expansion, May 1996 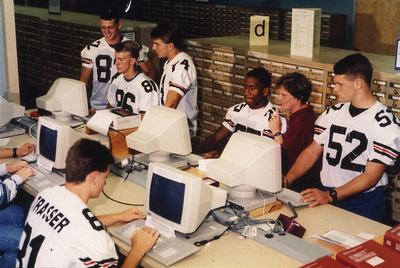