Plan for faculty sabbatical leaves adopted by the Board of Regents on March 27.

Engineering Experiment Station established on May 4.

The name of the institution changed to Oregon State Agricultural College.

Tuition fee of $12.00 per term per student initiated by the Board of Regents.

State Drug Laboratory, maintained by the Oregon State Board of Pharmacy, established in the School of Pharmacy Building.

KOAC radio broadcasted the college's commencement for the first time on June 6. KOAC has broadcast every OSU commencement since that time, on television since 1958.

Memorial Union building completed; built entirely with private funds. Building dedicated June 1, 1929. It served as a memorial to Oregon Staters who had lost their lives in the Spanish-American War and World War I.

School of Vocational Education offered special evening classes for members of the faculty.

Oregon Unification Bill approved by the Legislative Assembly, which provided for the unfication of the state-supported institutions of higher educatin under a single board; this board, the Oregon State Board of Higher Education, assumed control of all state (public) institutions of higher education in Oregon on July 1. An Executive Secretary was appointed in July, 1930. (The position was abolished on July 1, 1933). 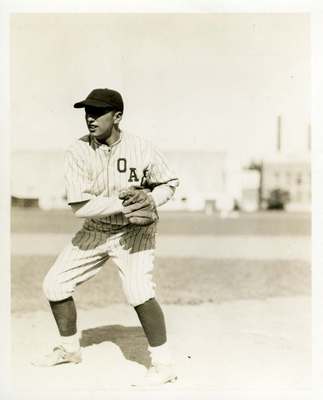 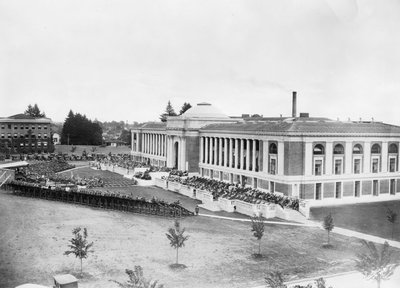 Dedication of the Memorial Union, 1929