Henry B. Miller (July 28, 1896-June 30, 1897), a member of the Board of Regents, appointed by the Board as the fourth president of the State Agricultural College of the State of Oregon following the retirement of President Bloss. Miller was a successful Oregon businessman and politician from Grants Pass. He later served as the consul-general in China and Japan (1900-1909) and as the Director of Extension and Publishing Programs for the School of Commerce of the University of Oregon (1914-1917).

In March, literary societies of the college began publication of a monthly magazine, the College Barometer. The Barometer in 1906 was published as a weekly; in 1909 as a semi-weekly; and in 1922 five times each week.

Dean of the College Department established; Professor Frederick Berchtold, A.M., at the college since 1884, elected to the position.

Name of institution – Agricultural College of the State of Oregon.

The Athletic Committee of the faculty proposed on May 6 that an incidental student fee be assessed ($1.00 for males; $.50 for females) to fund oratorical contests and general athletics. No action was taken on this proposal.

Name of institution – President Gatch used Oregon Agricultural College (OAC) as the name of the institution.

Chair of Pharmacy established following a petition by druggists of the state for such a position.

Mechanical Building destroyed by fire on September 27. Included in the loss were all of the athletic equipment, dressing rooms, and showers used for athletic programs.

In June, a second attempt to add a student fee to the registration tuition, to help fund athletics, failed.

The College began offering a sub-freshman class for students who had completed 8th grade and were 15 years of age but lived at considerable distance from a high school. No students were admitted to this class who were from towns with more than 1,500 inhabitants or which supported a high school.

Enrollment: 352. The Agricultural College of the State of Oregon was the largest college in Oregon. 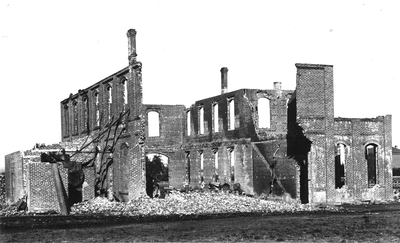 Mechanical Hall in ruins after being destroyed by fire, September 1898 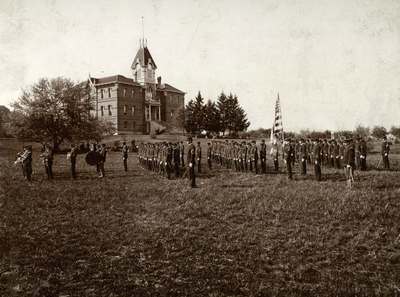 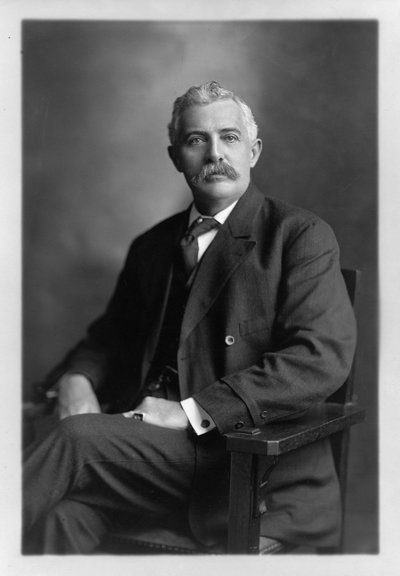 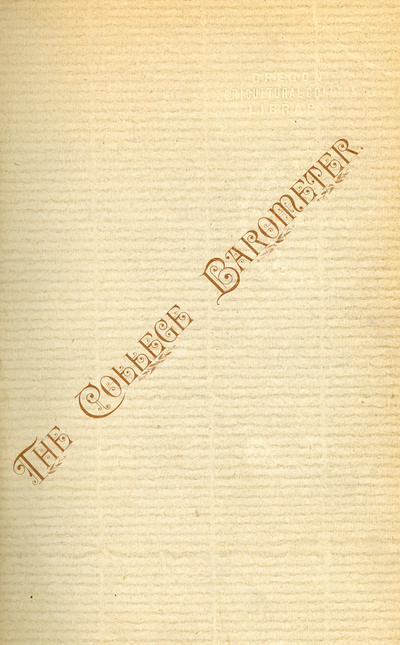 Cover of the first issue of The College Barometer, March 1896 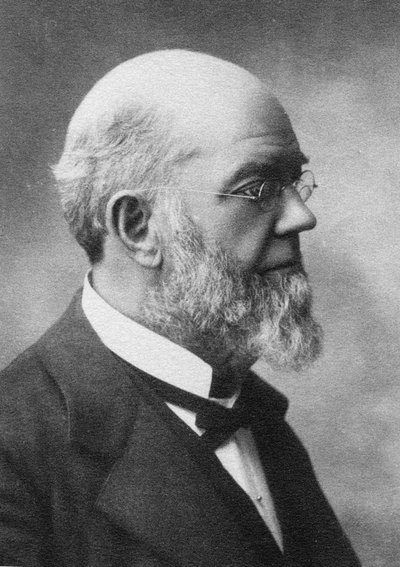 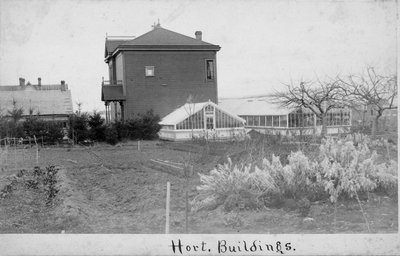 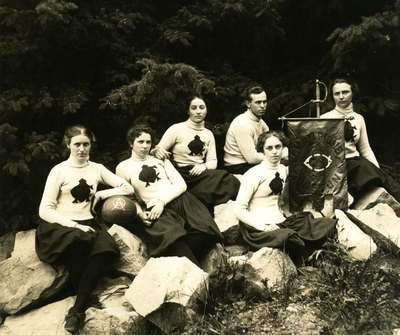