In the spring, OSU Athletics debuted its new “OS” logo, designed by Michael Morrow. The logo was designed to garner name-recognition and reduce confusion between the other two OSUs—Ohio State University and Oklahoma State University.

In June, Oregon State’s baseball team won its second consecutive national championship by defeating North Carolina for the second year in a row. OSU became the first team in the history of the College World Series to win four consecutive games by at least six runs, and just the fifth school to win back-to-back championships. OSU finished with an overall record of 49-18.

Shortly before passing away in June, Oregon philanthropist Hallie Ford donated $8 million to OSU to fund the Hallie Ford Center for Healthy Children and Families, part of the College of Health and Human Sciences. The unique center opened on September 8, 2011, to address the needs of rural children and to research childhood and family issues.

In the fall, OSU began offering an undergraduate degree program in ecological engineering, the first program of its kind in the nation. It caters to engineering students interested in using engineering skills to address environmental problems.

The Campaign for OSU, the first capital fundraising campaign at OSU, launched on October 26. $350 million of the $625 million goal was raised between planning in 2004 and the campaign’s official launch. The campaign aimed to raise and invest donations in support of students, faculty, new facilities, and the growth of existing and establishment of new programs.

A February donation of $4 million from the Guistina family, in honor of 1941 OSU graduate Nat Guistina, endowed faculty positions in Forest Management and Turf Management. Nat Guistina was the owner of a business in the Oregon timber industry, and through a lifelong passion for golf, helped in the establishment of the Trysting Tree Golf Club in 1988.

On February 12, Horizon Air and OSU released the OSU-themed plane in Horizon Air’s fleet of four Bombardier CRJ-700s painted in the motif of Pacific Northwestern schools. The plane was designed with school logos and colors.

In March, an anonymous donor gave $5 million toward the construction of the Student Success Center on campus. The center was proposed as a facility to improve graduation and retention rates by offering academic support programs, including help for new and transfer students struggling to adapt to OSU’s campus environment.

In June, OSU honored 42 former students with honorary degrees following the signing of Oregon House Bill 2823 in May 2007 by Governor Ted Kulongoski. The former students were all of Japanese descent who were displaced, many to internment camps, during World War II, preventing the completion of their degrees. While many of the honorees were deceased, several family members joined the remaining students in accepting the honorary degrees.

On June 25, OSU’s central campus ares was officially designated a “national historic district” by the U.S. Department of the Interior, marking the first designation of a district—rather than an individual building—at an Oregon college or university. The historical district primarily reflects development of the campus between 1888 and 1957.

OSU graduate student Dan Donato received the 2008 Outstanding Student Research in Ecology Award in August. Presented by the Ecological Society of America, the national award honored Donata as the “most outstanding graduate student.”

In September, Franklin A. McEdward’s estate announced a $2.6 million gift to the university. McEdward, a 1957 graduate left the bulk of his estate to the Valley Library and a smaller portion to the College of Engineering. The gift was the second-largest individual donation to the OSU Libraries and funded a new professorship and reading room, as well as a lounge in the Kelley Engineering Center.

Newly expanded and remodeled large animal and diagnostic imaging facilities at Magruder Hall opened in May. The project was funded by gifts from the Lois Bates Acheson Estate and the Valley Foundation

On March 13 OSU launched its “Powered by Orange” visibility campaign, designed to market the contributions made in the Portland area by Oregon State alumni and supporters.

For the first time in school history, OSU research efforts received over a quarter-billion in funding during the 2008-2009 school year. Of the $252 million, $190 was from various federal agencies.

OSU began a major academic restructuring with the appointment of four executive deans in November as it began an overhaul of its 11 colleges. The deans were appointed to oversee four new divisions: Division of Arts and Sciences, Division of Earth Systems Science, Division of Health Sciences, and Division of Business and Engineering. The change was in an effort to increase OSU’s stature among land-grant universities, as well as to adhere to OSU’s Budget Reduction Implementation Plan. 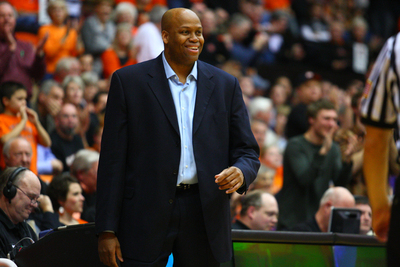 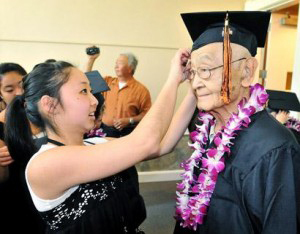 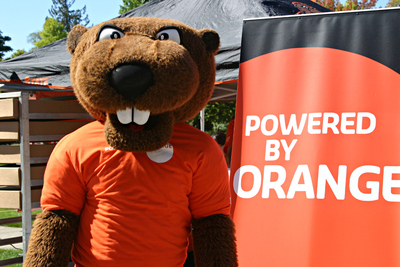 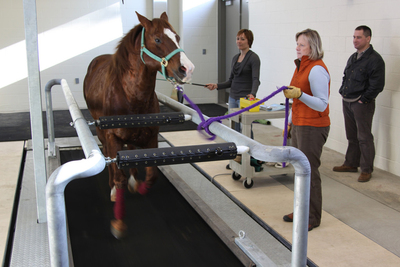