The scientists responsible for creating the atomic bomb immediately saw the danger of an uninformed American public. Many atomic scientists around the country organized to educate citizens on the urgent need to end all war, as well as to attempt to influence political policy on the atomic weapons. These disparate groups eventually combined to form the Federation of Atomic Scientists, which founded the National Committee on Atomic Information, a national clearinghouse of materials on atomic weapons and atomic energy for social and civic organizations. Lack of financial support for these organizations, however, threatened their efficacy and impact.

Albert Einstein responded to this need by forming the Emergency Committee of Atomic Scientists. Long a pacifist in his politics, Einstein knew that by lending his fame and visibility to a fundraising effort, he could have a significant influence on public support for ending war. With Leo Szilard, he called on seven other atomic scientists to join the effort, including Linus Pauling and Harold Urey.

The Committee enlisted Harold Oram, a respected public relations manager, to manage fundraising and publicity. Even before they were formally incorporated, the Committee went straight to work. Their first appeal, dated May 22, 1946, asked donors for $200,000 for a public education campaign "to let the people know that a new type of thinking is essential if mankind is to survive...". 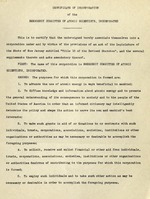 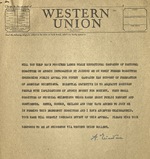 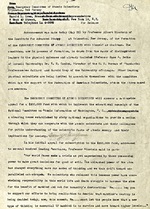 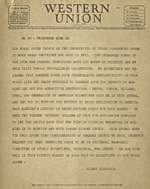 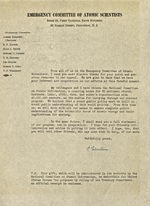 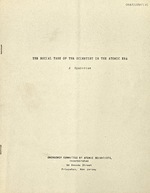 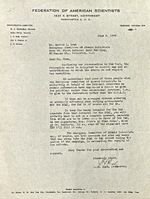 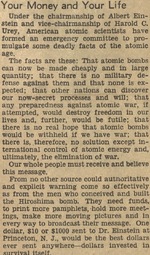 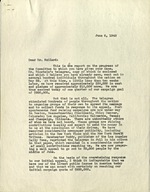 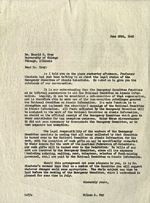 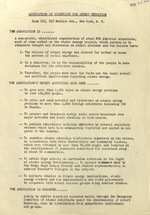 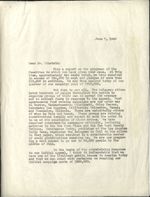 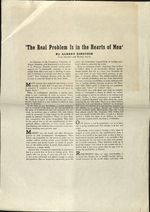