Volume 10 of the annual yearbook titled the Beaver for the first time.

The O.A.C. Alumnus, the first alumni magazine, began publication in October. It was a predecessor to the Oregon Stater.

A seed certification program was established by the Extension Service. OAC agronomist George Hyslop created the program. Wheat was the first seed crop certified by the program.

Introduction of intramural athletics; A.D. Browne, director. (In the 1930s, the Intramural Athletic Department was recognized as one of the most outstanding in the nation.)

During 1917-1918, Oregon Agricultural College was the center of military life for the entire state of Oregon. 66 faculty left to aid in the war effort.

The United States War Service called an additional 105 staff members to active service. (Nearly 2,000 students, alumni, and faculty members were enlisted. In addition, more than 2,000 men were in training at OAC in the Students' Army Training Corps and other military and naval training units).

Early in the year, the second floor of Shepard Hall was used as a quarantine infirmary for students and townspeople affected by the influenza pandemic.

Gold Star Memorial Service held on June 9, which honored the 51 OAC faculty, students and alumni who lost their lives in World War I. They were represented by gold stars on the service flags that had been presented to OAC by the students. 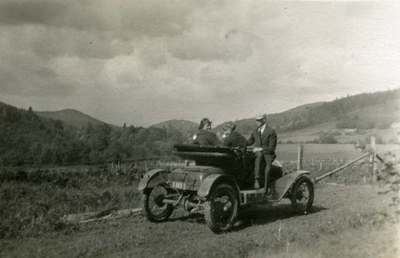 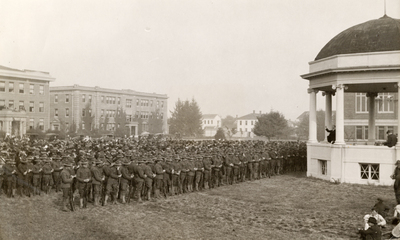 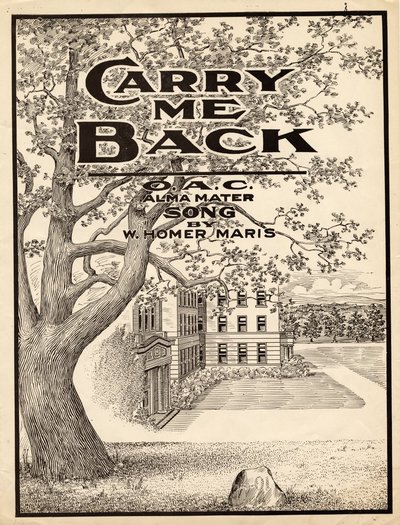 "Carry Me Back," the OAC alma mater, written by Homer Maris. 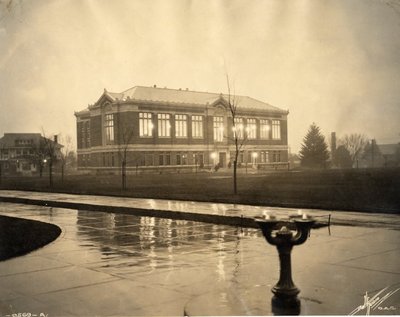 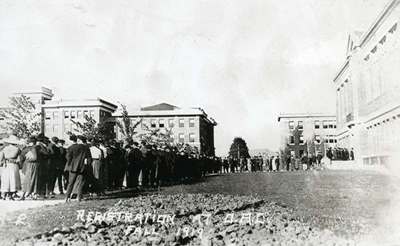 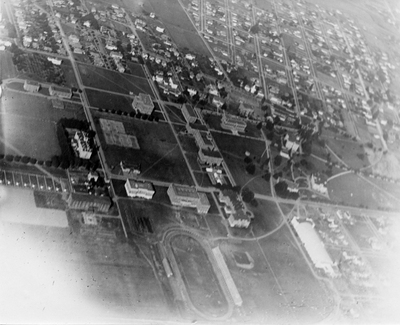 Aerial view of the OAC campus as viewed from the southwest, 1919 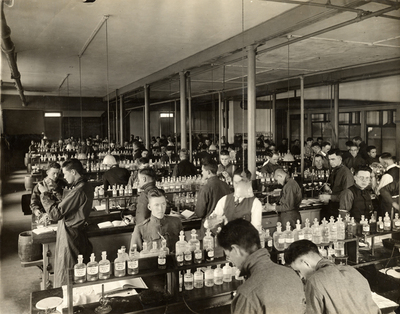