Survey of Oregon higher education conducted by the United States Office of Education.

Reduced funding to the college resulted in:

Reorganization of the Oregon State System of Higher Education adopted on March 7; operational management of OSSHE to be by a Board-appointed Chancellor.

On September 6, Kerr appointed as the first Chancellor of the Oregon State System of Higher Education.

As a consequence of higher education reorganization, the School of Science (E.L. Packard, Dean, 1932-1938) and the Lower Division of Liberal Arts and Sciences (M. Ellwood Smith, Dean) established at Oregon State Agricultural College; the School of Commerce was transferred to the University of Oregon; Landscape Architecture and Structural Design in Architecture became a joint curriculum (OSC and U. of 0.); and the School of Mines was discontinued.

Institution name changed to Oregon State College by common usage; although the official name, Oregon State Agricultural College, as used in the catalogs, did not change until 1937.

The donation of 520 acres northwest of Corvallis by Mary McDonald served as the nucleus for the future McDonald Forest (currently 6,811 acres).

Secretarial Science reinstated to degree granting status, under Dean of Business Administration at the University of Oregon.

Non-major departments, exclusive of military and physical education, grouped together under the Lower Division and Service Departments administrative unit.

The 1933 OSC “Ironmen” football team break the 25 game winning streak of USC on October 21, 1933.  The eleven Beavers played the entire 60 minutes without substitutions.  The game ended in a 0-0 tie, the only time in NCAA history that a National Champion team was tied or defeated without any substitutions. 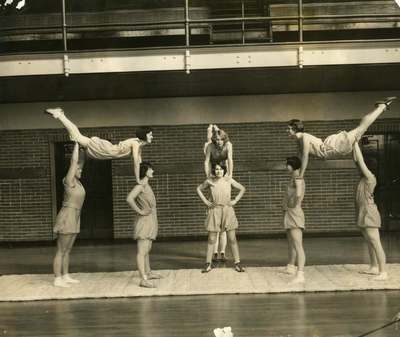 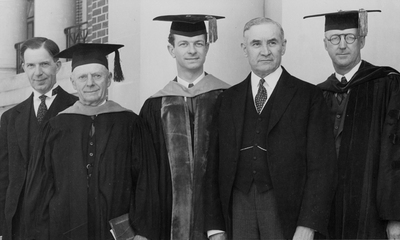 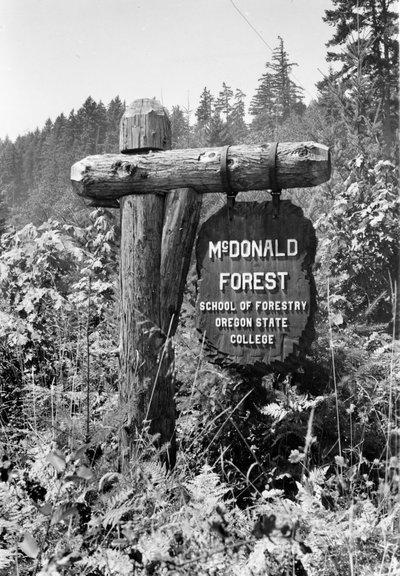 Entry to the McDonald Forest, 1940 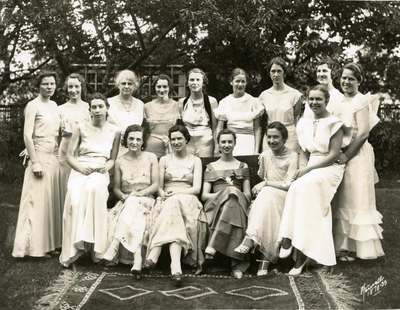 Members of the Mortar Board Society, 1933