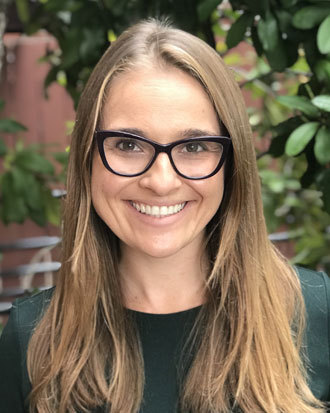 Becca Williams was born in Santa Barbara, California. Both of her parents grew up poor, her mother growing up with thirteen siblings in a house three blocks away from the house Becca herself grew up in. Her extended family would play a large role in her growth and development, with many of her forty-five cousins living close enough to make frequent visits. Her grandmother was a devout Catholic and Becca attended private, Catholic schools from kindergarten through high school. The way gender manifested in Catholicism was somewhat of a sticking point for Becca and was one of the first influences that led her towards gender equity.

Becca excelled academically and athletically for much of her early education, often playing multiple sports in a season and constantly having things to do. When she was fifteen, Becca got in a car accident and suffered brain damage. She had to retrain her brain and go to rehab three times a week. Fortunately, her school was very small, and teachers were able to accommodate so she was able to continue her education. In 2005, Becca went to Chapman University for her undergraduate degree. She changed majors frequently, eventually settling on Sociology with an emphasis in Social Work and minoring in Spanish and Anthropology. While attending Chapman, Becca studied abroad twice, once in her first year in Costa Rica and then again in her third year in Ghana. These experiences would greatly influence her future career path and interest in international development.

In 2009, Becca graduate from Chapman with her B.A. and started working two part time jobs as an advocate at a domestic violence center and as a mentoring coordinator for at-risk youths in the Santa Barbara area. In 2011, Becca moved to Thailand to teach first grade. The unexpected difficulty of teaching combined with a local environment of sex tourism encouraged Becca to resign after one month and move to a different city in Thailand where she helped coordinate a crisis hotline response. In late 2011, Becca moved back to California where she worked at a Planned Parenthood clinic for over a year. In 2013, Becca went to Ollantaytambo, Peru and became the director of operations of a rural community health worker program. Becca loved the work she did there and as a result felt compelled to go to graduate school for international development in 2015.

Becca earned her M.A. in 2016 from the school with the best international development program in the world, the Institute of Development Studies at the University of Sussex in Brighton, England. She did research about the international distribution of contraceptive methods, how grant funding related to international sexual and reproductive rights disrupts local ideas of feminism, and gender in tax systems. Finding work after graduate school was difficult. Becca moved back to Santa Barbara and worked at an airport gift shop for several months until she found a position as the assistant director of CARE advocacy services at UC Santa Barbara in 2017. She worked there for two years before becoming the director of the Survivor Advocacy and Resource Center (SARC) at OSU in late 2019.

Since coming to OSU, Becca has been working to develop SARC into a more comprehensive, community support system for survivors. Becca believes that the bureaucratic nature of higher education and legal necessity for institutional neutrality make it difficult for advocates to do as much as they would like to do for survivors on campus. She has found that many of the support systems that are present in the US that were not present in Peru do not work and actually serve to impede community level involvement. Becca hopes that instead of survivor support existing solely in the SARC office and through SARC resources, there will be involvement from all department and all levels of higher education to learn about and dismantle the rape culture that limits survivor support.