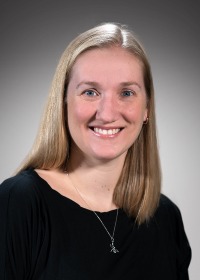 Jessica Jeanne Wall was born in Seattle, Washington. Her father’s family had roots in Seattle, Washington, but her mother, who was an educational psychologist, was from California. Wall’s interest in medicine began early with an exposure to emergency medicine after she was admitted as a trauma patient following a bike accident.

Initially seeking a small campus close to her hometown, Wall enrolled at Whitman College for her undergraduate work. However, two years into her studies at Whitman, Wall no longer felt that the campus was fit for her, and this realization prompted her travels to Thailand and Nepal. While out of the country, the events of September 11th, 2001 halted Wall’s travel plans and brought her back to Washington. Wall’s return home served as a turning point to expand and apply as a transfer student to the Honors College at Oregon State University. Wall began attending OSU in 2002 and graduated summa cum laude with a Bachelor of Science in Biology in 2004.

Between her transition from Whitman to OSU, Wall completed a wilderness EMT course in Colorado, as well as received her Washington EMT. Wall worked as an EMT for both Tri-Med Ambulance and Pacific Northwest Ambulance during her time at OSU. In 2004, Wall applied to what was then the Oregon Health & Science University/Oregon Institute of Technology combined paramedic program in Portland, OR where she graduated summa cum laude the following year in 2005. Upon working as a paramedic, Wall’s deep curiosity for medicine prompted her application to medical school and subsequent admission to The Ohio State University College of Medicine in 2006. While certain of a career in emergency medicine, experience working on the pediatric critical care transport team at Nationwide Children’s Hospital introduced Wall to a passion for pediatric emergency medicine.

In 2008, Wall was presented with an opportunity through a National Institutes of Health grant-funded program that would allow her to receive a Master of Public Health from The Ohio State University College of Public Health and ultimately complete with a dual degree. In 2011, Wall graduated cum laude with an MD and with an MPH, as well as began her residency at UCLA-Olive View in Los Angeles, California. Upon completing her residency in 2015, Wall moved to Philadelphia, Pennsylvania for her fellowship in pediatric emergency medicine at Children’s Hospital of Philadelphia. CHOP’s affiliation with University of Pennsylvania allowed Wall to pursue her Master of Science in Clinical Epidemiology during her fellowship, something that fit well with Wall’s interest in statistics and research. In 2018, Wall completed her fellowship and graduated with an MSCE.

After moving back to Washington in 2018, Wall began her work and continues as an attending physician at Seattle Children’s Hospital and Harborview Medical Hospital, associate pediatric medical director at Airlift Northwest, and clinical assistant professor within the pediatric and emergency departments of University of Washington School of Medicine.