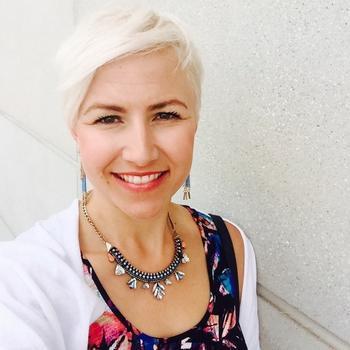 Michelle Smith (Estell) was born in 1981 in Lancaster, Ohio, a suburb of Columbus. She was raised in Amanda, Ohio with one older brother and her two parents who bred dogs. Always extremely active in sports, Smith was a standout three-sport athlete at Clearcreek High School, receiving Division I offers for volleyball, basketball, and track and field. Basketball had her heart, however, and she received countless accolades as well as a full-ride scholarship from Oregon State University.

Looking for adventure, Smith headed out west to Corvallis where she settled in nicely into her role on the team and had a very productive four-year career with the Beavers, specializing in rebounding and strength. She fostered close relationships with numerous teammates, as well as her head coach for all four years, Judy Spoelstra. Michelle met and eventually wed her husband Tyler Smith during the summer before her senior year. She graduated in five years with a degree in psychology and a minor in zoology.

After her collegiate career ended and graduation passed, Smith and her husband decided to stay in Corvallis to start a family, turning down a job offer that she had received from Disney to work at their new Animal Kingdom in Florida. The two are parents to three children and remain extremely active in the Corvallis community, especially within their church. Smith also continues to work at Oregon State as a teacher of classes at Dixon Recreation Center, and serves on multiple committees associated with athletics programs at Oregon State.