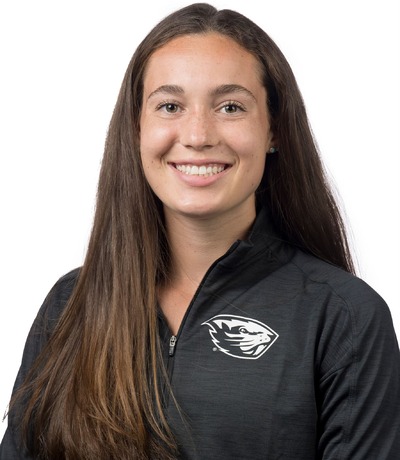 At the time of this interview, Zoe Simmons (b. 2001) was in her third year competing for Oregon State University as a year-round student athlete in women’s cross country, indoor track and outdoor track. Her involvement in running took root at an early age as she grew up in an active family in Highlands Ranch, Colorado. Simmons started cross country and track in middle school and has been passionate about the sport of running ever since.

Throughout high school, she found success in cross country and track, earning a varsity letter all four years for both sports, and clocking a personal best of 5:26 in the 1600m and 11:36 in the 3200m. In 2016 she helped her team win NXR Southwest and then qualify for the Nike Cross Nationals. A year later, she was named First Team All-League during cross country season.

After high school, Simmons began pursuing a higher education at OSU, studying Kinesiology with an option in Pre-Therapy and Allied Health – a subject to which she is personally connected, having battling injuries including plantar fasciitis throughout her running career. During her time in Corvallis, Simmons was a member of the OSU Running Club before walking on to the OSU women’s cross country team in 2019. Simmons plans to pursue graduate study in Physical Therapy once she has completed her undergraduate coursework.