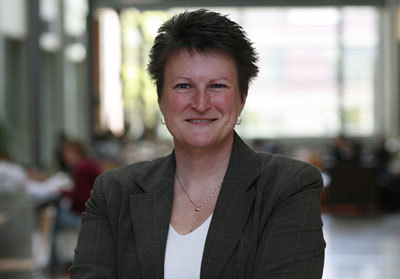 Susan Shaw was born in 1960, and grew up in a conservative community in Georgia. Raised in the midst of the women’s movement, Shaw found herself gravitating toward feminist ideas which she pursued more vigorously following her graduation from high school. In 1982, Shaw enrolled in the Southern Baptist Theological Seminary, which at the time was embroiled in a pitched theological controversy centering primarily on women’s issues. It was during this time that Shaw found her voice by defending her values and embracing the term “feminist” as a means of personal identification.

After completing her seminary curriculum, Shaw accepted a teaching position in religious studies at California Baptist College. Although she was named teacher of the year, Shaw left this job after four years out of fears that she would be denied ordination. From there, she moved on to George Fox College in Newberg, Oregon, where she once again encountered obstacles toward her goal of being ordained. During this time period, Shaw commuted to Oregon State University two days per week in pursuit of a master’s degree in English and Women’s Studies.

While Shaw was studying at OSU, she met Janet Lee, a professor of Women’s Studies. When Lee took a sabbatical, Shaw was offered a temporary teaching position that ultimately led to her becoming a full-time member of the Women’s Studies faculty at Oregon State. Eventually, she was placed in charge of OSU’s Difference, Power, and Discrimination curriculum and, in 2000, promoted into a tenure track position. Over time, her research interests have come to include HIV/AIDS and women, music studies, and feminist studies in religion.

From 2010 to 2016, Shaw also served as director of the School of Language, Culture and Society at OSU, administering program offerings in anthropology, ethnic studies, world languages and cultures, and women, gender, and sexuality studies with a particular focus on global justice issues.