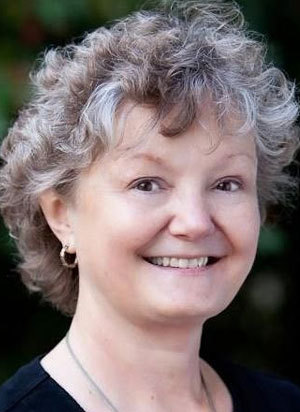 Elizabeth Ann Rietveld was born in 1953 in suburban Chicago. Though she was raised in a conservative environment, Rietveld developed a penchant for questioning authority and, over the course of her youth, found herself gravitating toward liberal political and social ideas. Rietveld attended the University of Illinois where she earned a bachelor's degree in Psychology and a master's degree in Recreational Administration. While a graduate student, Rietveld also worked at the University of Illinois Recreation Center - one of the best in the country, at the time - and earned spending money by playing the piano both on and off campus.

Following the completion of her master's studies, Rietveld found work in campus recreation at Southern Illinois University. In 1979, after three years there, Rietveld moved to Oregon State University, accepting a position as Assistant Director of Physical Recreation. Over the course of her tenure as Assistant Director, Rietveld (who also, for a time, was known by a married name, Beth Strohmeyer) was responsible for hiring and training the many students who staff OSU's recreational sports facilities, and was also involved in planning multiple construction projects that greatly expanded Dixon Recreation Center.

Rietveld had developed an interest in women's issues long before arriving at OSU, and in 1986 this interest was invigorated by the creation of the Faculty Womens Network. This group was formed to discuss topics of importance to women on the OSU campus, and focused in particular on sexual harassment and marginalization in the workplace. Rietveld's increasing involvement in the Faculty Womens Network, combined with changes in OSU's funding model, led to her shifting into a new position in the late 1980s, Assistant Director of Student Involvement. In this new role, Rietveld was charged with supervising the funding organization for student fee-funded organizations, including the OSU Women's Center, among several other groups.

Over time, Rietveld gravitated more toward the activities being sponsored by the Women's Center, and in 1992 she was named its Director. In this capacity, Rietveld endeavored to make the center more inclusive, especially to the campus LGBT community, and provided a space for women activists to agitate for change at OSU. Rietveld also became very involved with the President's Commission on the Status of Women, and in this capacity worked on issues of salary equity, campus climate for faculty of color, work-life balance, childcare, and personal leave. Rietveld was likewise involved with the Faculty Senate as a member of its Executive Committee.

A member of several professional organizations, Rietveld was honored by the National Women's Studies Association in 2011 when she was presented with the group's Lifetime Achievement Award. She retired from OSU that same year.