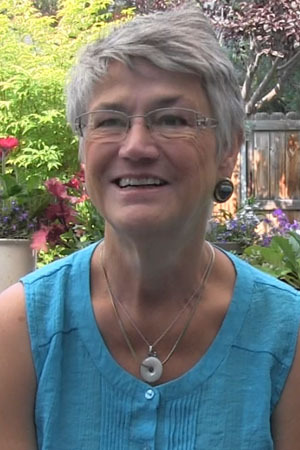 Clara Louise Pratt (née Collette) was born in 1948 in Boise, Idaho. Adopted shortly after birth, Pratt spent much of her early life traveling around the western United States as her father earned a living selling war surplus goods. The family settled in Boise when Clara was six. An excellent student, Pratt graduated from high school in 1966. That fall, Pratt began attending college at Gonzaga University, where she was a Presidential Scholar. A Psychology and Political Science double major, Pratt graduated summa cum laude in 1970. Near the end of her undergraduate years, and during the summer that followed graduation, Pratt worked as a group counselor at the Good Shepherd Home for Delinquent Girls in Spokane, Washington.

Pratt moved on to graduate studies in the fall of 1970, attending the University of Oregon and focusing on human development, gerontology, and juvenile corrections. She completed her master's degree in juvenile corrections in 1972 and began doctoral studies immediately thereafter. She completed her Ph.D. at Oregon in 1974, researching human development with an emphasis on gerontology and writing a thesis titled "Predictors of Attitudes Toward the Elderly."

In 1974 Pratt was hired by Oregon State University to direct it's Gerontology program and to develop a public education program on gerontology for the OSU Extension Service. She remained in this position for two years before resigning in favor of an offer from the University of Washington's Project on Aging. She remained in Seattle for one year before becoming dissatisfied and returning to OSU to once again lead the Gerontology program and to teach courses in the College of Home Economics. Under Pratt's leadership, Gerontology at OSU grew substantially, broadening its set of course offerings from four classes in 1974 to twenty in 1993. While not a department in and of itself, Pratt was able to integrate components of Gerontology's expanding curriculum into courses housed within Psychology, Sociology, Nutrition and Pharmacy, among others. Pratt remained the director of Gerontology until 1993, when she became the Knudson Endowed Chair of Family Policy at OSU. In this new position, she focused on dependent care issues, taught graduate courses, and researched evaluation models. She continued to serve the university in this capacity until retiring in 2005.

Before her retirement, Pratt also became a pivotal figure in major changes that came about within OSU's College of Home Economics. Threatened by budget cuts in the early 1990s, Home Economics merged with the College of Education in 1992, an arrangement that did not prove to be a good fit. In 2001 Pratt was asked to serve as Dean of the College of Home Economics and Education, and was given a specific charge to lessen the college's on-going budget woes. Pratt responded by making difficult decisions about programs to eliminate and by working with the director of the School of Education to determine how to split up the college and divide its budget. In 2002 Pratt became an interim co-dean of OSU's new College of Health and Human Sciences, and remained in this position until Tammy Bray was hired to permanently lead the unit. Pratt spent the remainder of her years on faculty as the chair of the Human Development and Family Sciences department.

Today, Pratt lives with her family in Bend, Oregon and holds a part-time position as an instructor at OSU-Cascades. She also chairs a state advisory committee for Healthy Start, a child abuse prevention program, and is an active volunteer and advocate for seniors, children and homeless families.