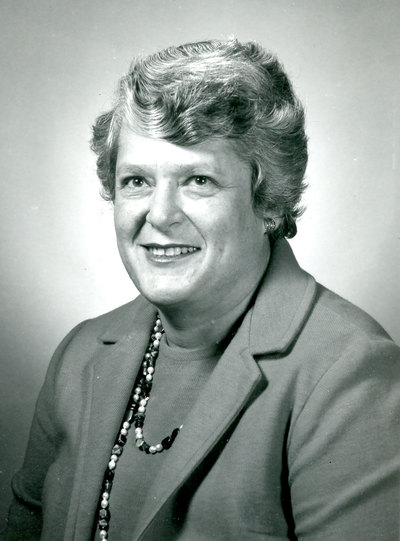 Miriam “Mimi” Orzech was born in 1931 in New York City. Due to her father’s military involvement, the family moved to Washington state during the Second World War and then permanently settled in Lake Oswego, Oregon. Orzech earned an undergraduate degree in History from UC Berkeley and, while there, met Ze’ev Orzech, an Economics student who would later become her husband.

The couple spent the first years of their marriage in Pittsburg, California where Orzech taught high school in an underprivileged community for three years. Her experience as a teacher planted the seeds for her hands-on approach to ensuring equal opportunity and representation in education.

In 1957, Ze’ev became a professor at Oregon State College which led the Orzechs to move to Corvallis, Oregon. Feeling that Corvallis' cultural scene was limited, the Orzechs quickly got to work enriching the through support for community theater and a local chamber music society. In the early 1960s, the Orzechs also assisted with the establishment of Corvallis' Hadassah chapter, a Jewish Zionist Women’s organization which became a conduit for creating an informal Sunday school for children in the community.

After completing her Master’s degree at Oregon State University in June 1969, Miriam Orzech accepted a job with the newly formed Educational Opportunities Program (EOP). She initially served as the program's academic coordinator and, in this capacity, advised all EOP students, established the program's Learning Center, and led an initiative to create cultural centers on campus.

Orzech received her Ph.D. from Oregon State in 1974 and, that same year, became the director of the EOP, a position that she held until 1985. Orzech's next appointment was as Assistant Vice-Provost for Academic Affairs and Special Programs. In this position, she oversaw all university programs related to diversity, including the EOP. She was also responsible for spearheading the OSU Holocaust Memorial Program and created S.M.I.L.E. (Science/Mathematics Investigative Learning Experiences), a pipeline program instituted in select Oregon public schools to encourage interest from underrepresented students in STEM fields and higher education.

Orzech retired from OSU in 1994 and passed away on August 31, 2018. The programs that she built and instituted are longstanding, each continuing to present day.