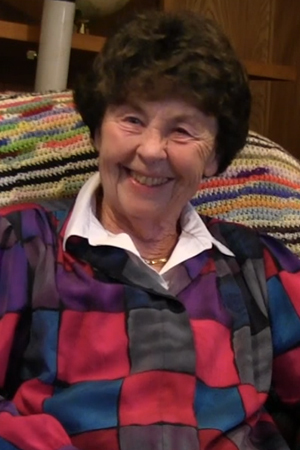 Sylvia Lee Moore was born 1942 in Lincoln, Nebraska. Her father was a salesman and her mother was a teacher. Moore spent most of her childhood in Washington state, raised just south of Seattle in Auburn and Des Moines, Washington. Growing up, Moore loved to play outdoors and participated in girls basketball, softball, and volleyball. After graduating from Federal Way High School in 1959, Moore attended Pacific Union College for a year before transferring to the University of Washington in 1960. Initially Moore sought a double degree in music and journalism, but in her second year a field sports class caught her eye and she changed her major to Physical Education. She graduated with a B.A. in Physical Education in 1963.

In her first two years after college, Moore taught P.E. classes at a junior high in the Renton school district. She also coached and began officiating during this time. Indeed, between 1963 and 1978, she officiated gymnastics, basketball, volleyball, softball, and field hockey. This meant that she frequently traveled with the teams involved, because it was expected that women's teams would bring their own officials to competitions.

In 1965 Moore entered graduate school at the University of Oregon. She received her M.S. in Physical Education in 1966, writing a thesis on motivation and motor skills as they applied to women in elementary archery. That same year, she was hired as a Physical Education instructor at Oregon State University. As part of her job assignment, Moore was asked to coach the school's women's gymnastics team, which she did from 1966 to 1975. That first year, 1966-1967, she also coached OSU's women's basketball team. In 1970 she was promoted to Assistant Professor and in 1972 she took a sabbatical to pursue her UO doctoral studies in the sociology of sport, which she completed in 1980.

The federal Title IX legislation was passed in 1972, and OSU athletics went through many changes over the following years. Moore played a key role in shaping these changes, partly through her work as the school's Acting Director of Women's Intercollegiate athletics in 1977 and, later, as an Administrative Intern in the President's Office, where she helped to coordinate a self-study required for Title IX accreditation. From 1980 to 1982, she once again served as Director of Women's Intercollegiate Athletics and, when OSU's men's and women's athletics programs merged, she was appointed Deputy Athletic Director, a position that she held from 1982 to 1985. After the retirement of Dee Andros in 1985, Moore was named the university's interim Athletic Director, becoming the first and, until 2015, only woman to hold that position at OSU.

Moore left the Athletic Department in 1986 and moved to the President's Office, working as an Assistant to the President. In 1988 she changed positions again, to Director of Conferences, and a year later she also assumed responsibility for special events held at the LaSells Stewart Center. She continued working in this capacity until her retirement in 1999.

Today, Moore is widely recognized as having advanced women's athletics at OSU during a crucial period in school history. In recognition of her efforts, she received the 1990 Beaver Champion Award, a university-wide honor granted annually for "performance of the highest quality." She is also a recipient of the Woman of Achievement Award, granted in 1999 by the OSU Women's Center. Since retiring Moore has volunteered as president of the local all-breed kennel club, spent seven years on the Heartland Humane Society Board of Directors, and has been active in training and running her dogs at agility competitions.