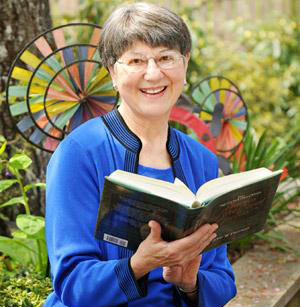 Betty Miner grew up in the world of academia. Her father, a medical school professor and Ph.D. in Zoology, taught at both the University at Buffalo and the University of Arkansas. The importance of education was emphasized in Miner’s youth, and she graduated from high school as one of five valedictorians in the class of 1955. With encouragement from her parents, Miner decided to attend Kansas State University to study Home Economics Education. Betty was successful in her undergrad studies, and was offered a stipend by the university to continue at Kansas State and complete a Master’s degree. During this period, Miner was focused on foods and nutrition, and completed a research project titled, "Calcium and Phosphorus Retention by Two 13-year old Girls." Her academic efforts ultimately landed her a position at Cornell University as a laboratory instructor for foods and nutrition.

While at Cornell, Betty met her husband-to-be, Ron Miner, whom she married a few years later in Honolulu, Hawaii, where Betty had accepted a one-year position. After marrying, Betty and Ron moved back to Kansas where Ron was hired as an Environmental Engineer for the Kansas Department of Health, and Betty was hired to teach at al high school. Later, the couple again relocated, this time to Iowa State University, where Betty taught in the College of Home Economics as an instructor of meal management, a position that often required her to run taste panels on meat.

In 1972, the Miners moved to Corvallis, Oregon, where Ron chaired the Bioengineering department and Betty worked as an instructor in Foods and Nutrition. Following her departure from that job in 1983, Betty maintained a high level of involvement at Oregon State University, spending time volunteering with the OSU Folk Club and serving a six-month appointment as an Extension Home Economist in Linn County, where she became a Master food preserver. From there, Betty accepted a position as site manager for the Elderly Nutrition Program, now known as Meal on Wheels, and served for an additional year as the Director of Adult Education at the First Presbyterian Church in Corvallis. Betty and Ron also spent periods of time overseas, including lengthy stays in Singapore and Malawi.