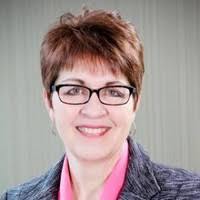 Robin Kassman was born in the late 1950s in Klamath Falls, Oregon, where she was also raised. When it came time to choose a college, Kassman initially enrolled at Oregon Institute of Technology in her hometown. Many of her family members were graduates of Oregon State University, and during winter term of her freshman year Kassman decided to transfer to OSU. She remained at Oregon State until graduating at the conclusion spring term 1979.

Kassman came to OSU with the intention of majoring in Education in support of a goal to become a physical education teacher. She soon realized that she did not have the skills to be a teacher and her desire to be one was fleeting. She had a friend at the time who was a Home Economics major, so she tried some classes out and found that she really enjoyed it. She ended up switching her major to Home Economics with a concentration in interior design.

During her junior year, Kassman was approached with the opportunity to join Greek life. She ended up joining Kappa Delta Sorority (Alpha Kappa Chapter) at Oregon State during the spring of 1978. She was an active collegiate member for one year, during which time she lived in the house and held a position in office. Following her graduation, Kassman joined alumnae chapters in Corvallis and in Portland, and later helped recolonize the Alpha Kappa chapter at OSU. In 1995, Kassman was asked to join the sorority's National Leadership Team.

Kassman is married with two children, both graduates of Oregon States and alumni of their chapters. At the time of this interview, Kassman lived in Corvallis and she worked as an interior design consultant at Corvallis Floor Covering. She remains an advisor for the Alpha Kappa chapter, advising the position of Vice President for Community Service, and she continues to serve on the Kappa Delta National Leadership Team.