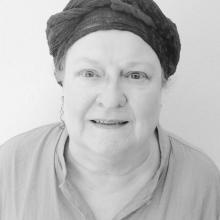 Charlotte J. Headrick was born in Knoxville, Tennessee in 1948. Her family was a "First Family" of Tennessee, meaning they had resided in Tennessee since before statehood. "A Volunteer first, last and always," Headrick grew up in Knoxville and entered the University of Tennessee in 1965. As an undergraduate, she majored in English and History, and was a member of leadership teams for many of the clubs she was involved in. She graduated cum laude in 1969. She remained in her hometown for her master's studies, completing a teaching degree in 1971. From there, Headrick moved to Boone, North Carolina, where she taught speech and theater at Appalachian State University. She stayed at ASU for two years, from 1971 to 1973, and then relocated to Athens, Georgia to begin her Ph.D. She spent the following two years at the University of Georgia, working on her dissertation but not completing it.

In 1975 Headrick married and moved to Mobile, Alabama with her husband. The couple stayed there for two years, until 1977, before moving again to Young Harris, Georgia, where both found teaching positions at Young Harris College. At Young Harris, Headrick taught theater with an emphasis on directing for the stage. After her marriage came to an end, Headrick returned to the University of Georgia and, in 1982, she finished her doctorate in Theater and Drama. That same year, she also chose to leave the South in favor of a faculty position in the Speech Communications department at Oregon State University.

At Oregon State, Headrick was heavily involved with the campus' theater community, both as a classroom teacher and as a director of scores of productions. Her work as a director included experiences leading musicals, Greek drama, Shakespeare and modern productions; she performed as an actor as well. In 1994 she received OSU's highest teaching honor, the Elizabeth P. Ritchie Outstanding Professor for Undergraduate Teaching Award. In 2003 she received the Excellence Award from the College of Liberal Arts, and was also the recipient of the college's C. Warren Hovland Award for outstanding service.

Headrick's primary research interests have been the Irish theater and women playwrights. She has guest directed at many colleges and universities, has directed the American premieres of several Irish plays, and has written numerous papers about Irish women dramatists, including a dissertation on Elizabeth Tudor. A member of the American Conference for Irish Studies, Headrick was also the first woman to chair the Northwest Region for the Kennedy Center American College Theater Festival.

In 1999 Headrick took a sabbatical to Western Kentucky University, where she directed Eclipse, a production written by Patricia Burke Brogan. She took another sabbatical in 2006, this time directing Observe the Sons of Ulster Marching Towards the Somme at Berry College in Mount Berry, Georgia. And in 2010 she traveled to Antakaya, Turkey to direct the Turkish premiere of Benim Adim Rachel Corrie (My Name is Rachel Corrie). The following spring, she traveled to the National University of Ireland as a Moore Visiting Fellow, during which time she worked on a production history of Eclipse, the Irish play that she had led at Western Kentucky. In 2014 she published an anthology titled Irish Women Dramatists: 1918-2001, which was co-edited with Eileen Kearney.

The first woman to be tenured and promoted to full professor in the university's Theatre program, Headrick retired from OSU in 2016.