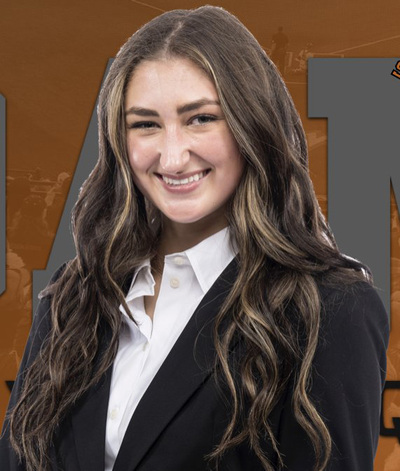 At the time of this interview, Abigayle Darula was an undergraduate senior majoring in Business Management with an option in International Business.  Darula was born in Tualatin, Oregon but grew up in the Aloha/Beaverton area until third grade, when she moved to Newberg, Oregon and attended Newberg High School. She was exposed to horses at a very young age by her mother, who had also grown up around horses and taught at Colorado State University's western riding program. She was also involved with 4-H and, once in high school, with Future Farmers of America (FFA). It was during high school that she also attended her first baseball game with her father.

Darula began riding horses competitively in middle school and joined the Intercollegiate Horse Show Association (IHSA) at the collegiate level. She was a member of the IHSA team throughout college, and in her last two years she took on the position of captain as well. She was likewise a member of the OSU polo team for two years.

Darula is also the first woman in OSU history to be working behind the scenes for the OSU baseball team as a member of the DAM Analytics Squad, where she assists with collecting statistics and using different technologies to compile data on the OSU’s players.