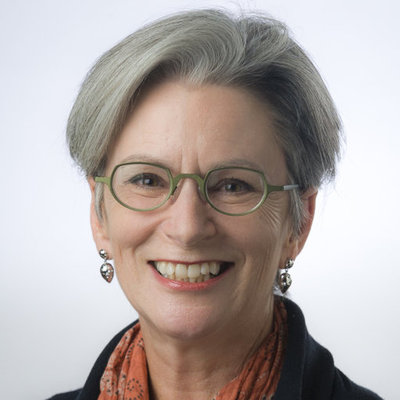 Leslie Burns was born in the small town of Cut Bank, in northern Montana near Glacier National Park. She has two older sisters, four and six years older than her. When Leslie was ten years old, she and her family moved to Great Falls, Montana, where she went to high school. Leslie’s mother was a trained dietitian until she met her father, who was a graduate of Purdue Univerity in animal husbandry and worked for the Extension service. Leslie’s parents were both heavily involved in 4-H, which sparked Leslie’s interest in sewing. As a girl, Leslie furthered this pursuit by working as a seamstress as well as an assistant to the judges at the state fair in Great Falls.

Active in numerous extracurricular activities, Leslie also earned the highest score in mathematics in her high school and received an offer of a chemical engineering scholarship from Montana State University, but elected instead to attend in home economics. After her first year at Montana State she decided to transfer to Washington State to study in its clothing and textiles program. Later, after working at the Bon Marche retail store in Great Falls, Leslie decided to pursue her Ph. D at Purdue University in consumer sciences and retailing.

Once she had completed her doctorate, Burns worked as an instructor at San Diego State in the Department of Family and Consumer Sciences, before opting for a more reaearch-focused job at Utah State University. After three years there, she was offered a position at Oregon State University as an associate professor, which she accepted because of the school's strong clothing and textiles program.

After arriving at OSU, Leslie played a key role in developing the Difference, Power, and Discrimination academic requirement at Oregon State, and created her own DPD course in 1985 on the psychology of appearance. In her research, Leslie focused on why people buy and wear what they do. She was also very involved in the Faculty Women’s Network, which focused on the professional development for young women, and was connected with OSU Extension as well. Later, Leslie moved into campus administration as Associate Vice Provost for Academic Affairs, and chair of the Department of Design and Human Environment. She retired from OSU in 2015 in part to start up a company, Responsible Global Fashion, LLC.