Establishment of the Ranch

At the time Thomas Searcy arrived in Sherman County, most of the land was covered with bunch grass.  The first settlers to the area thought it was only good for livestock.

After establishing his claim, Thomas Searcy worked for two years for a sheep rancher outside of The Dalles in order to save money to buy his own team of horses and a wagon.  He was then able to cut and haul timber from the nearby Cascades with which he built a house and barn.  Digging a well was more challenging.  Having lived in the Midwest, Thomas was under the impression that he could dig a few feet down and have plenty of water.  After three attempts with no success, he had to drill a well 460 feet deep, which provided good water.  A garden, an orchard and wheat fields were planted.

In the next several years, Thomas Searcy was able to acquire the quarter-sections adjoining his and Lena's original claims.  In 1901, a neighbor, William Plumb, wanted to return to Portland where he was from.  He sold his two quarter-sections to Searcy.  A quarter section to the south was purchased in 1908 and another 160 acres to the west was purchased in 1920.  This made the total Landholding 800 acres.

The Searcy Ranch had about twenty head of work horses to pull plows, weeders, harrows, harvesters and wagons.  They raised Shorthorn beef cattle, sheep and chickens.  Each fall, the grain harvest would be taken to the mill to be ground in to white flour, whole wheat flour, cornmeal, farina and rolled oats. 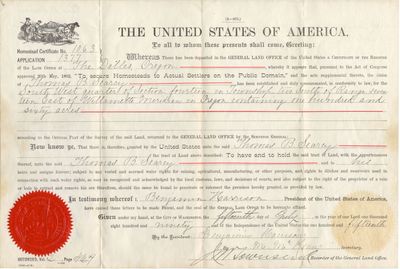 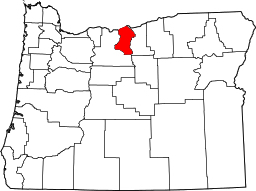 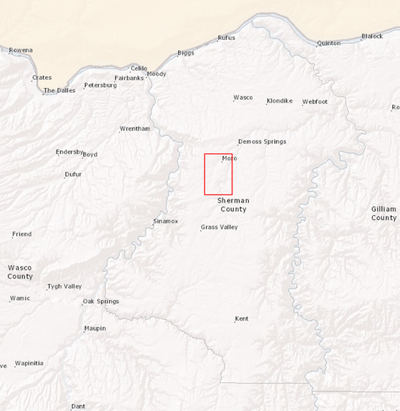 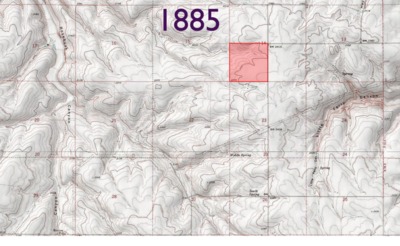 Acquisition of land to the Searcy Ranch, 1885-1920.  Boundaries are overlaid on a section of the USGS 7.5 minute quadrangle for Moro, Oregon. Click this image, then click again on the next page to see the property boundaries change through time. 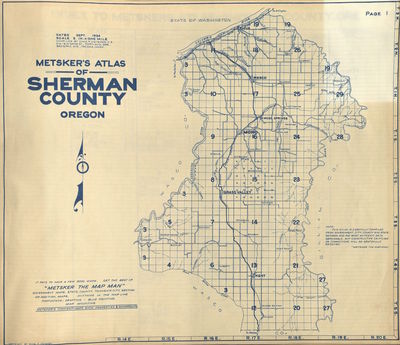 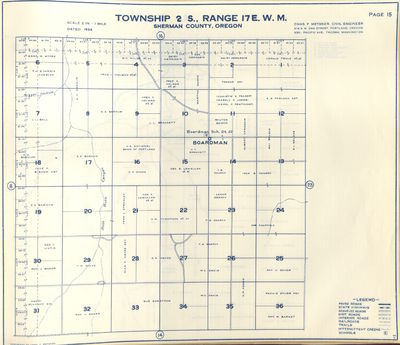 ← Thomas B. Searcy and Lena R. Shelton
Life on the Ranch →
Establishment of the Ranch