In January OSU was named one of five centers to participate in the Sun Grant Initiative, a program to develop sustainable and renewable agricultural products based on energy from the sun. With this selection, OSU was just one of two universities (the other being Cornell) to be designated a land, sea, space and sun grant institution.

In February provost and former interim president Tim White was named the new president of the University of Idaho.

OSU’s Strategic Plan for the 21st Century was released. It called for the university to improve the quality of academics by investing in five key areas, increase student access to higher education through scholarships, and help jump-start the Oregon economy through key partnerships with business. The plan also called for OSU to become one of the nation’s top 10 land grant universities.

An $80 million, 8,000-seat expansion of Reser Stadium began in May. Construction of a companion parking structure began in August. The Reser Stadium expansion was completed in September 2005, increasing the stadium's seating capacity to 43,000.

On May 27 the Oregon Nanoscience and Microtechnologies Institute (ONAMI) opened in a building on Hewlett-Packard Company’s Corvallis campus. OSU is one of the university partners in the institute.

Former astronaut and Ohio senator John Glenn gave a commencement address during graduation ceremonies in June. He was the first commencement speaker at OSU in several years. Glenn received an honorary doctorate from OSU at the ceremonies.

The Pride Center, originally established as the Queer Resource Center, opened its doors to its permanent building, on October 11.

Enrollment at the Corvallis campus for Fall Term 2004 was 19,159, the first time that OSU had broken the 19,000 student enrollment plateau.

On March 14, professor emeritus and former dean of Oregon State University’s College of Oceanic and Atmospheric Sciences G. Brent Dalrymple was awarded the National Medal of Science at a White House ceremony.

The OSU baseball team compiled a 46-12 record and won the Pacific-10 conference baseball championship. In June, the team participated in the College World series for the first time since 1952, and finished the season ranked seventh nationally.

Immediately after Hurricane Katrina devastated the gulf coast in late August, the OSU community stepped up in several ways to help mitigate the disaster. Efforts included leading a large team to set up temporary communications for displaced residents, granting emergency enrollment to displaced students of gulf region schools and providing housing for those students, assisting with animal rescue efforts, and assessing damage to wood frame structures.

On October 11, a year after it opened, the Pride Center signed a charter with OSU, ensuring that the center will exist in perpetuity as a physical location on campus.

On October 29, the $45 million Kelley Engineering Center celebrated its grand opening. The four story, 153,000 square foot facility was funded in part with a $20 million gift from alumni Martin and Judy Kelley. Incorporated into the design were many "green" elements, earning the building a "Gold" LEED® (Leadership in Energy and Environmental Design) certification from the U.S. Green Building Council.

OSU faculty member and ecologist Chuck Meslow was awarded the prestigious Aldo Leopold Award by The Wildlife Society for his work in studying hawks and owls, particularly the northern spotted owl

Following a reclassification of the nation’s colleges by the Carnegie Foundation for the Advancement of Teaching, Oregon State became the only doctoral-granting Oregon institution to achieve the rating of “very high research activity.” Other Pac-10 institutions with the ranking include Stanford, Berkeley, and the University of Washington.

In June, the OSU Softball team reached the College World Series for the first time since 1981 after reaching the playoffs for its eighth consecutive season. The team was eliminated after two losses, finishing with a 43-16 record and a No. 8 national ranking.

In July, Dr. Kelly Benoit-Bird of the College of Oceanic and Atmospheric Sciences was honored with a Presidential Early Career Award given to scientists and engineers who have set themselves apart from their peers at the start of their careers.

On October 7, Apperson Hall began a $10 million remodel featuring a 120-seat auditorium, a three-story atrium, and a design meant to portray the building’s historic character. Funded entirely by private gifts, Connie and Lee Kearney donated $4 million to the project.

Senior Ryan Scholz received the 2006 American Star in Agriscience, the highest honor bestowed by the National FFA Organization for outstanding accomplishments by its members in agricultural science. 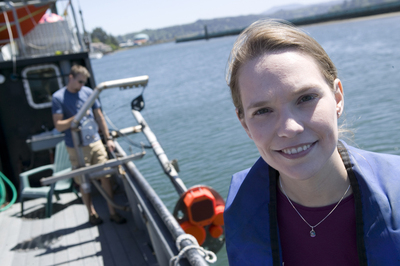 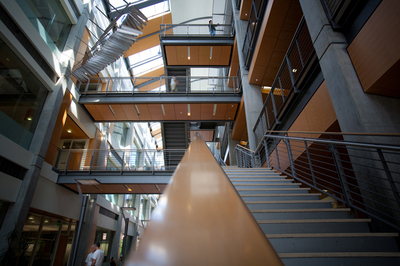 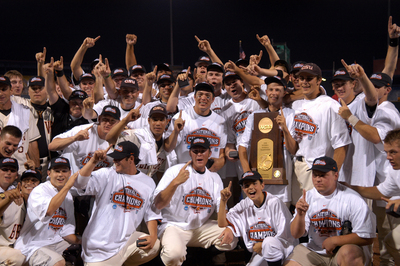