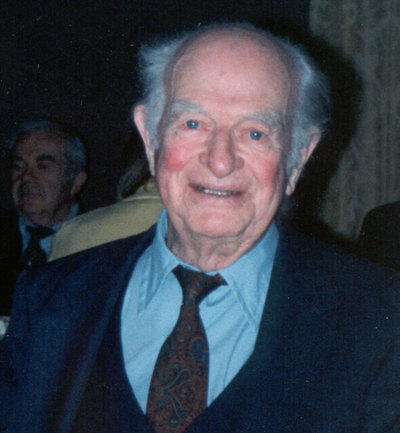 This interview with biographer Thomas Hager focuses on Pauling’s transition from Caltech student to Guggenheim Fellow in Munich, Germany, and his work there. Ava Helen accompanied him during this 1926-1927 fellowship. They begin with detailed descriptions of molecular models made by Roscoe Dickinson and Pauling at Caltech. From there, Pauling’s application to the Guggenheim Foundation is discussed, including the role of Caltech professor Arthur A. Noyes in encouraging him to apply. Pauling reflects on the large impact Noyes had on him, including his means of keeping Pauling at Caltech at any cost. He then recalls the month-long trip to Munich with Ava Helen, their time exploring Europe before getting to Munich, why their young son, Linus Jr., was left with his grandmother, and why Pauling worked under Arnold Sommerfeld instead of Niels Bohr, who Pauling had also written to during his Guggenheim application.

Much of the interview centers on the scientific minds Pauling learned and worked with while at the University of Munich. In this, Pauling talks at length about his relationship and work with Sommerfeld. He gives insight into the contributions to quantum mechanics that he, Sommerfeld, and others made during this time. Hager and Pauling then form a list of people he met or interacted with during this time in Europe. Just a few of those names include Max Born, Erwin Schrödinger, Werner Heisenberg, and J. Robert Oppenheimer. Katherine Sopka’s book Quantum Physics in America is also mentioned, as many of these names are subjects in her book, including Pauling himself.

Also recounted are Linus and Ava Helen Pauling’s living arrangements, work and study life, and leisure time while in Munich. The developments of wave mechanics, elliptical orbits, revisions to the old quantum theory, new applications of matrix mechanics, and perhaps a missed chance to discover the wavelengths of the electron are delved into. Pauling also reflects on his experiences of thinking about problems for long periods, sometimes years, until he can solve them. In particular, long gaps between publications are addressed. Briefly spoken on are Pauling’s relationships with and opinions on Richard C. Tolman and Sir William Henry and Lawrence Bragg.