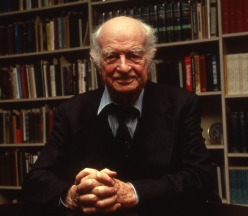 This interview with biographer Thomas Hager focuses primarily on Pauling’s life as a graduate student at The California Institute of Technology. OAC Department of Chemistry Professors Floyd Rowland and John Fulton and their influence on his decision to go to graduate school are first discussed by Pauling. Insight is given into his choice of Caltech, the other schools he applied to, and the fields of chemistry each school had strengths in. Pauling shares memories of his life as a student at Caltech, including his work schedule, living arrangements, his move to X-ray crystallography under Professor Roscoe Dickinson (and away from chemical engineering), and juggling student life with marriage and fatherhood.

Much of this Caltech discussion revolves around important professors who taught Pauling during his graduate work. Pauling gives Professor Arthur A. Noyes credit for his assignment to Dickinson and X-ray crystallography, and he shares recollections of his relationship with Noyes both on and off campus. Dickinson’s role as Pauling’s faculty advisor and the significance of the X-ray crystallography work are delved into. Finally, Pauling shares his experiences with Professor Richard C. Tolman, his teaching style, work ethic, and his work on quantum theory. The quantum theory Pauling learned from Tolman was vital to his future work in quantum mechanics. Rounding out his accounts of the people of Caltech, Pauling remembers some of his friends and colleagues from Caltech, including Paul Emmett, Bob Robertson, Howard Percy Robertson, Morgan Ward, Sterling B. Hendricks, and Maurice Higgins.

Other topics covered in the interview include Pauling’s early interests in magnetism and metallography, his nomination and application for the Rhodes Scholarship, his work as a paving plant inspector at Grave Creek, his mother’s financial woes, and how he paid for his tuition at OAC. Hager ends the interview by asking Pauling why his next move after graduate school was working with Sommerfeld on quantum mechanics, instead of pursuing more crystallography work. Pauling gives his reasoning, along with the elements of chance, and the people that played a role.

Interview conducted over the telephone