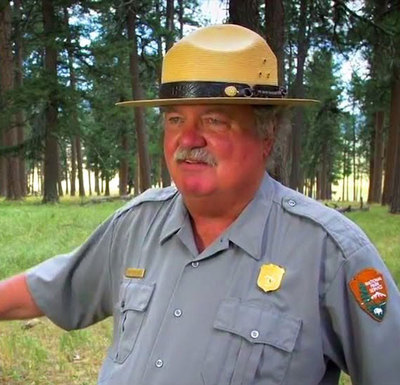 Bob Parmenter was an ecology graduate student with Jim MacMahon at Utah State University when Mount St. Helens erupted in 1980 and soon thereafter began studies of animals in collaboration with Charlie Crisafulli and others that ran for decades over his career with the US Geological Survey. He begins this oral history by describing his early years in Virginia exploring swamps and old forest and collecting creatures with encouragement from his mother. This set him on a biology education and career path early in high school with a key stop in the PhD program in desert and mine-waste restoration ecology with MacMahon. He began at Mount St. Helens in 1982 with work on gophers and continued with studies of other taxa. He commends Charlie Crisafulli with keeping the program and community going at a high rate of productivity – e.g., with publications coming out every 14 days for 30 years! He returns to description of his early connections and impressions with Mount St. Helens and how influential the science has been. The program has the benefits of having a strong cadre of scientists interested in working there and availability of funding from sources like the National Science Foundation. He elaborates on his first impressions entering the impacted landscape – summed up as “staggering,” but then the Utah State U. team got down to the hard work of setting out sampling systems for many animal groups, even as they had to deal with safety issues associated with volcanic rumblings, salvage logging and log hauling.

Parmenter next turns to discussion of science findings and testing of theories, some of which came from a grad school mentor, the famous ecologist Gene Odum. Parmenter is interested in landscape patterns, legacies from the pre-eruption ecosystems, and ecosystem development on the harshest of sites – the Pumice Plain. He then discusses in some detail a series of concepts in ecology are manifest at Mount St. Helens: species turnover, immigration and extirpation, soil development, substrate and food resource limitations to fauna, decomposition and nutrient cycling, survival, geomorphology, vegetation change, and chemical interactions. He then turns to work that remains undone, such as nutrient cycling, tracking animal movement, and soil development are examples of understudied topics. He comments how he understands why Crisafulli and Swanson want to go to sites of recent eruptions in Chile to make observations that were missed at Mount St. Helens because of limited time and resources. He offers some visions of the future state of the landscape in 100 years. In terms of capstone lessons from Mount St. Helens he sees the importance biological legacies as key; and he says that details matter – there are many variations on each theme such as the timing of events.

Concerning the whole ecological science enterprise at the volcano, Parmenter again commends Crisafulli for holding the community together and bringing in new people, which will sustain science leadership succession. The Pulses help hold it together and it has important to have had early leaders like MacMahon, who want their students to “embrace everything.” He speaks highly of the volcano and its expression of species richness (he knows 450 species of beetles there) and dynamism and the culture that embraces it. As someone who has worked other large programs and led some, Parmenter closes with deep appreciation for the leaders of the Mount St. Helens ecological research community led by Crisafulli.