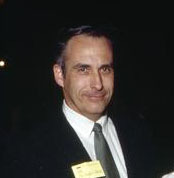 Bill Wilkins begins this second interview by considering how he evolved as a teacher over the years, and makes mention of his favorite courses he taught in Economics. Wilkins was appointed as the Dean of the College in Liberal Arts in 1982, and he expands on the unusual circumstances that led to his hire and the requirements of the position. Wilkins roots as a teacher become apparent, as he shares a story that reveals he still managed to teach at least one course a year while serving as Dean of the College of Liberal Arts.

Wilkins then transitions to his involvement with the OSU Faculty Senate, where he ultimately rose to the position of Vice Chair. He elaborates on some of his previous activities that garnished a desire to become further involved in the mechanics of the University, beginning with his involvement in the American Association of University Professors, where he served as President in the local chapter. Wilkins provided insight into his responsibilities in these positions, particularly in presiding over cases of fair treatment within the faculty.

Wilkins continues the interview to his time in Washington D.C., where he spent one year working on the Ways and Means Committee, the chief tax writing committee of the United States House of Representatives. Wilkins briefly deliberates on his responsibility of serving as staff economics for Oregon Congressman Al Ullman, who was appointed as the Chair of the Committee. Wilkins mentions his return to OSU after one year in Washington D.C., then quickly divulges back into his political affiliations in the State of Oregon. Bill and his wife, Caroline, were active members of the Democratic Party, and during the campaign of Bobby Kennedy, Wilkins served as the chair of the pre-primary convention in Eugene. Bill and Caroline were also partly responsible for the rally held at Gill Coliseum hosting Bobby Kennedy, the Attorney General, and the Foreign Attorney General.

Wilkins then transitions the interview toward the Vietnam War, and the political climate on the Oregon State campus at the time. Wilkins mentions the relatively calmed approach in Corvallis compared to other Universities across the country, but still makes note of the observable rise in tension. Wilkins quickly shifts focus towards the Federal Aviation Administration, and his role as Associate Administrator for Policy and International Aviation. This position consisted of policy, planning, environmental work, and international work while back in Washington D.C.

Throughout the course of this second interview, Wilkins expands on his relationships with many faculty and staff at OSU that he worked with closely, highlighting their working relationships and their major contributions to the growth and success of OSU. Wilkins concludes this interview with his thoughts on the current standing of the University, specifically how it has developed and improved since his retirement 25 years prior.

Economist and political activist Bill Wilkins was a member of the Oregon State University faculty from 1961-1994, serving as Dean of the College of Liberal Arts from 1982 to his retirement.